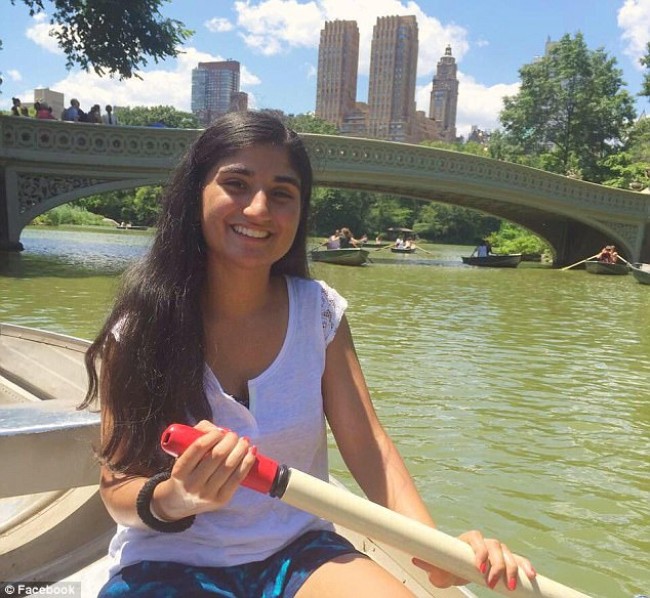 New York, Nov 12 (IANS) An Indian-American teenager has been killed in a road rage incident when a driver ran his truck over her after a minor collision in the city’s suburb of Levittown, according to media reports.

WPIX TV reported that police told the family that the pickup truck’s license plate could not be seen on a surveillance video of the incident. Police released the video and asked the public to help find him.

Parmar’s brand new jeep was hit by a red pickup truck that was attempting to make a turn, the station quoted police as saying.

The two vehicles then pulled off the roadway and when Parmar got out got out the jeep, the truck, the driver mowed her down and drove away, according to police.

Parmar suffered fatal injuries to her chest and head.

Her tearful father, Ranjit Parmar, told the station: “She bore all the responsibility to carry the family, carry her education. I always told everybody who would listen to me, if you’re going to have a daughter, this is the one.”

Indian students in US doubled in last decade