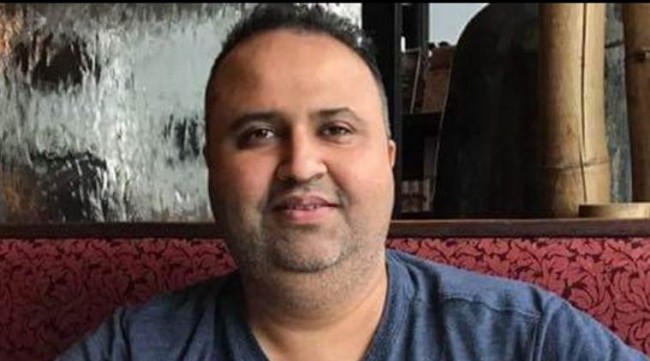 New Delhi, Nov 12 (IANS) External Affairs Minister Sushma Swaraj on Sunday said that the government is in touch with the family of Akash Talati, an Indian American who was shot dead in a night club he owned in the US.

“Indian Embassy in US has informed me of the circumstances leading to the death of Akash Talati, a US citizen of Indian origin,” Sushma Swaraj tweeted.

She said Talati was shot by a man who was escorted out of his club and the security guard returned the fire, injuring the assailant.

“We are in touch with the family of the deceased and will provide them all help.”

According to media reports, 40-year-old Talati, owner of the Diamondz Gentleman’s Club in the city of Fayetteville in North Carolina was killed after a patron opened fire around to 2 a.m. on Saturday.

The assailant, Markeese Dewitt, 23, has been charged with attempted murder and assault with a deadly weapon, CBS News reported citing Fayetteville police.

CBS North Carolina quoted Talati’s family as saying “the shooting happened after the man was kicked out of the club, got mad, grabbed a gun and began shooting”.

“Talati was hit by a stray bullet while inside the club, according to his family.”