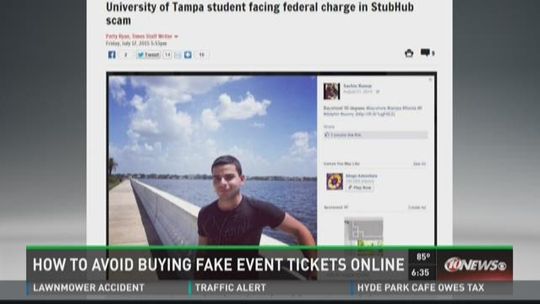 New York, July 28 (IANS) An Indian American student faces five years in jail for his involvement in a scam about selling fraudulent events tickets over web sales platform StubHub and making money out of it, media reports said.

Kumar, a pre-dental and biology student at the University of Tampa, Florida, has agreed to a plea agreement with federal prosecutors on restitution in the fraud.

He reportedly collected $49,121 and StubHub spent $172,047 furnishing victims of the scam with replacement tickets, according to a plea agreement signed by Kumar.

The attorney representing Kumar said many were involved in the scam and his client got only a portion of the proceeds.

“Kumar now awaits his fate at sentencing and hopes to be afforded the opportunity to finish his remaining semester of college and move forward with his life,” Kumar’s attorney was quoted as saying.

Kumar was to plead guilty in February but was hospitalised after car a crash. He was told about his imprisonment after he recovered.

This novel chemistry kit for kids worth experimenting with!