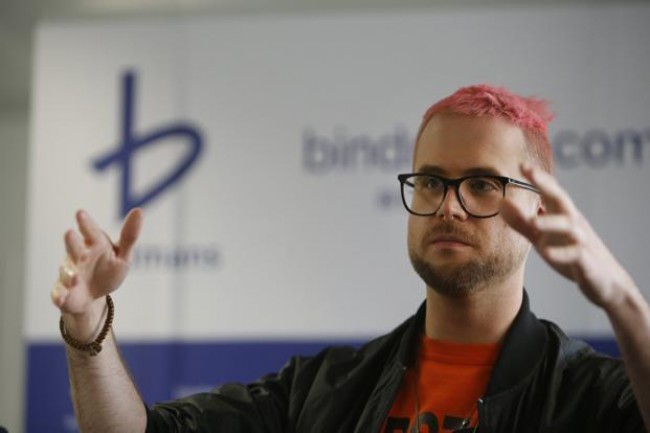 New Delhi, March 28 (IANS) Christopher Wylie, who blew the lid off the Facebook user personal data being illegally used for political purposes, on Wednesday said his former employer Cambridge Analytica had an Indian arm and conducted election research on behalf of some parties including the Janata Dal-United (JD-U), now a BJP ally, for “desired outcome”.

Wylie said SCL Group, the parent organisation of Cambridge Analytica, has its office headquartered in Indirapuram in Ghaziabad and its regional offices in Ahmedabad, Bengaluru, Cuttack, Guwahati, Hyderabad, Indore, Kolkata, Patna and Pune.

“I’ve been getting a lot of requests from Indian journalists. So here are some of SCL’s past projects in India. To the most frequently asked question – yes, SCL/CA works in India and has offices there. This is what modern colonialism looks like,” Wylie tweeted.

He posted two pictures of what looks like slides of a pitch presentation of SCL India explaining its national experience in the country.

It said the company has a database of over 600 districts and seven lakh villages. But it didn’t identify the source of the database or whether it was collected from any social media sites.

The SCL India, according to the tweeted document, helped clients to identify and target key groups within the population “to effectively influence their behaviour to realize a desired outcome”.

It explained that SCL provided its clients the research to develop and “disseminate the right messages from the right sources using the right communication channels”.

It said in 2011, SCL India undertook a state-wide research campaign to identify voter caste by household.

“This booth level polling data formed the basis of further research into swing voter motivation and supporter mobilization strategies which were presented to individual candidates and tailored to their constituencies.”

During the 2009 Lok Sabha elections, SCL India managed the campaign of a number of Lok Sabha candidates.

In the 2010 Bihar electons, SCL India was asked to provide electoral research and strategy for the JD-U of Chief Minister Nitish Kumar.

“SCL undertook a behavioural research programme targeting over 75 per cent of households to assist the client in not only identifying the correct battlegrounds but also the right audiences, messages and, most importantly, the right castes to target with their campaigns.”

In the 2007 Uttar Pradesh polls, SCL India carried out a full political survey on behalf of a “major party” which the document didn’t name.

“The research included a party audit and a state-wide census of politically active individuals using in-depth interviews to assess the satisfaction levels of party workers at booth level.”

It said SCL India also carried out a psephological study and opinion polling for a “national party to identify swing voters”.

“This was followed by more in-depth analysis of the behavioural dynamics at work in key seats which in turn informed the party’s efforts to ensure a local structure and communication strategy that matched the caste make-up and attitudinal positions of the pre-identified swing population.”

The SCL India carried out research for a “major state party” in Rajasthan in 2003. Its other projects included psephological studies and behavioural polling in Delhi and Chhattisgarh.

The document also said the company undertook research communication campaign to support a trans-national programme four countering the non-desired behaviour of recruitment into and support of “violent jihadism”.

Wylie, 28, was the Director of Research at Cambridge Analytica. He accused the data analytics firm having influenced the result of the United Kingdom’s 2016 Brexit referendum and of the 2016 American presidential election that brought Donald Trump to the White House.

Speaking to the British MPs on Tuesday, Wylie said Cambridge Analytica worked extensively in India and that he believed the Congress was its one of the clients.