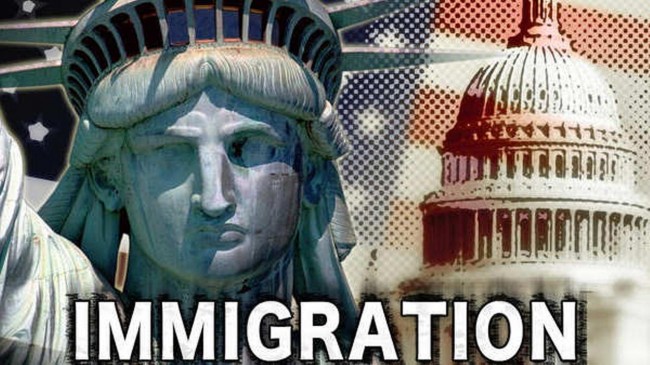 Washington, Jan 15 (IANS) South Asians have criticised the Republican-controlled House of Representatives for passing a bill to undo President Barack Obama’s move to temporarily protect about five million illegal immigrants, including thousands of Indians, from deportation.

The House Wednesday approved by a 236-191 vote an all-or-nothing measure that ties Homeland Security funding to undoing moves that would lead to the deportation of “Dreamers,” or undocumented immigrants brought into the US as children.

Dreamers as also undocumented parents of US citizens had all been granted a reprieve through Obama’s executive actions in 2012 and 2014.

The measure also includes more than $40 billion to fund the Department of Homeland Security-including the Secret Service and cybersecurity — through September.

Analysts, however, see little chance of the measure advancing through the new Republican-led Senate as with 54 seats in the 100 member chamber they are six votes short of the necessary 60 to overcome procedural hurdles.

The House bill would undermine Obama’s executive action on immigration, tear families apart, penalise individuals lawfully in the US, and keep aspiring Americans fearful and in the shadows, said South Asian Americans Leading Together (SAALT).

Despite the wishes of a majority of American voters, the House has not only failed to pass comprehensive immigration reform in the last Congress, it has passed amendments to the DHS funding bill that would effectively dissolve two programmes created by Obama under his executive authority, it said.

These programmes are expected to provide much-needed relief from deportation and work authorization for over 4 million undocumented individuals in the US, including over 40 percent of the estimated 500,000 undocumented South Asians.

It would also limit prosecutorial discretion, force states and localities to comply with Secure Communities, a programme that is slated to be replaced, and continue to make people fearful to seek out and cooperate with law enforcement.

“We are deeply in need of commonsense immigration reform with a path to citizenship for undocumented individuals, and the House is squandering the opportunity to help our nation grow in order to advance partisan politics,” SAALT said.

Instead of wasting time and resources dissolving the President’s efforts to help millions of undocumented individuals in the US, the House should pass a bill to overhaul our current immigration system, it said.

SAALT will remain vigilant in the fight to ensure that these destructive and irresponsible proposals do not advance in Congress, it added.

While 5.9 million Mexicans make up over half of an estimated 11.2 million unauthorised immigrants in the US, India is the fourth top source country with 450,000 living in the country without papers, according to a recent Pew Research Centre report.

About 8.1 million unauthorised immigrants make up 5.1 percent of the US labour force, according to the report. Many of them are engaged in menial low paying jobs that Americans don’t want to do.