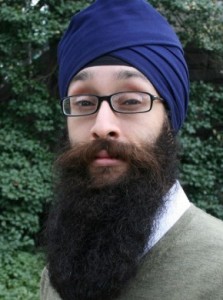 New York, Sep 23 (IANS) A Sikh professor who wrote a New York Times op-ed last year about hate crimes against American Sikhs was attacked by a group of teens over the weekend, media reported citing police.

Prabhjot Singh, an assistant professor at Columbia’s School of International and Public Affairs, was attacked at around 8 p.m. Saturday while walking along 110th Street near Lennox Avenue in upper Manhattan, NBC 4 New York reported.

Singh, who wears a turban and a beard, said he was confronted by more than a dozen teens on bicycles who shouted slurs before attacking him.

“I heard ‘Get Osama’ and then ‘terrorists’, and then the next thing I felt was someone moving past me, ripping at my beard and then hitting me in the chin,” Singh told the channel.

Singh said he started running and was punched in the face and on his sides. His attackers continued to kick and punch him after he fell to the ground, he said.

Singh was taken to Mt. Sinai Hospital Saturday and had surgery on his jaw, which was fractured, according to NBC 4 New York.

Singh, the channel said, believed he could have died if passers-by hadn’t helped get the teens off him.

“There’s no doubt in my mind it was a bias-related event,” he was quoted as saying.

The attack, he said, made him worry that his one-year-old son, “who will certainly resemble a Sikh man”, will face similar hatred as he gets older.

“My fear is that they’ll disappear into the neighbourhood,” he said of the assailants, adding that he hoped the community mobilises to prevent similar attacks.

Condemning the attack, North American Punjabi Association (NAPA) urged the US government to begin tracking and counting anti-Sikh hate crimes, just as it must continue to vigorously combat bias and discrimination against all Americans, including Muslims.

The New York chapter of the Council on American-Islamic Relations (CAIR-NY) also called on state political and religious leaders to speak out against bias-motivated crimes after the attack on Prabhjot Singh.