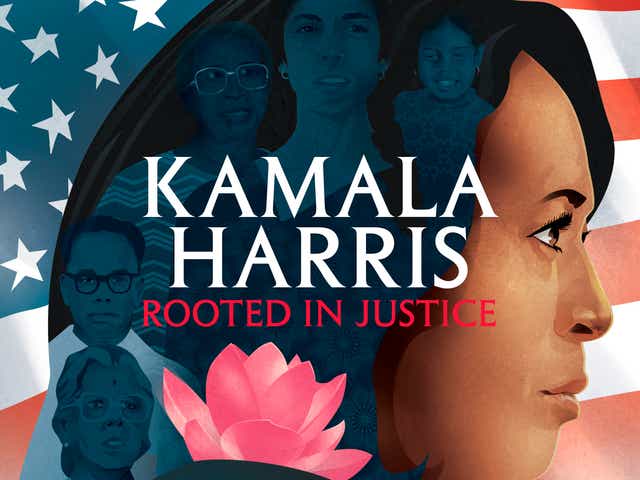 New York, Nov 7 (IANS) It is now clear that Kamala Harris, the first Indian American and Black American candidate on a US presidential ticket, will be America’s next Vice President, capping a historic run for the nation’s second-highest office.


The Biden-Harris ticket is at 273 electoral votes against 214 for Trump-Pence.

Harris’ mighty achievement comes at a time when the US President is rage tweeting as his hold on power slips away.

The Biden-Harris team knew the hammer would come down either late Friday or Saturday at best and even had a stage ready in Wilmington, Delaware since the evening of November 5.

With millions of votes still to be counted, the Biden-Harris ticket has received the most votes ever – more than 74 million – in the history of America’s elections.

Harris’ lightning fast political rise and her triumph marks a high point for women of colour in politics at an anxious time in American society.

Harris, 55, is a California senator, the daughter of a Jamaican father and an Indian mother. She is also a former prosecutor whose grilling of Trump’s appointees and unflappable cool has transported her to Democratic Party stardom.

Harris won her first election in 2003 and became San Francisco’s district attorney. In 2010, she became the first woman of colour to be elected California’s attorney general. Harris was elected to the US Senate in 2016.

The historic nature of Harris’ candidacy has underlined her every stump speech, and Harris handled the pressure with a certain confidence that comes from years of tough questioning and tons of preparation.

Surrounded by the unmistakable aura of a historic campaign, the Harris candidacy has had some remarkable moments since August.

First came Harris’ introduction to America, during the Democratic National Convention. There, Harris framed the election as a race that hinges, among other things, on the fighting spirit that her mother taught her.

“There’s another woman, whose name isn’t known, whose story isn’t shared. Another woman whose shoulders I stand on. And that’s my mother.”

“She’d say, ‘Well, what are you going to do about it?'” has become Harris’ favourite pull out on her mother Shyamala Gopalan, a woman who paved the way for Harris’ pathbreaking candidacy.

Shyamala Gopalan came here from India at age 19 to pursue her dream of curing cancer. At the University of California Berkeley, she met Donald Harris who had come from Jamaica to study economics.

“They fell in love in that most American way — while marching together for justice in the civil rights movement of the 1960s.”

Harris grew up between Oakland and Berkeley in California and spent time in college towns in the Midwest before attending college on the US East Coast.

Harris’ father, in an essay, describes his elder child Kamala Harris as “ever the adventurous and assertive one”.

Since 2018, and until she became vice presidential nominee of the Democratic Party, Harris was best known for her video clips that went viral especially when she was grilling Judge Brett Kavanaugh and Attorney General William Barr.

Harris’ interrogation style, her smirks and grimaces during the vice presidential debate, her “I’m speaking” takedown of Mike Pence, her Chuck Taylors and even lighthearted dancing to Mary Blige’s ‘Work That’ have cemented Harris’ reputation as a candidate with an exquisite knowledge of the production of visual culture in American politics. There’s one more, on the other side of 2020.

When Biden gives his first speech to Congress, his first words promise to be memorable: “Madame Vice-President”.

Memories of Hillary Clinton do stick to Harris but it’s also moved on from there. Multiple Kamala avatars have entered the public imagination, some inserted by Trump and some by Harris’ recent big ticket political performances, notably the VP debate.

At a fairly steady clip, Harris’ remarks have lit up the internet. Her latest kicker: “I have, in my career, been told many times…it’s not your time, it’s not your turn. And let me just tell you, I eat ‘no’ for breakfast.”

In all her best moments of political oratory, Harris finds ways of weaving in echoes of her mother’s fight song and the civil rights movement, just like she did during her acceptance speech at the Democratic National Convention. The Shyamala Gopalan stamp on Kamala Harris’ candidacy is at once powerful and unmistakable.

“Years from now, this moment will have passed. And our children and our grandchildren will look in our eyes and ask us: Where were you when the stakes were so high?” Harris said at the Democratic National Convention in August. “They will ask us, what was it like? And we will tell them. We will tell them, not just how we felt. We will tell them what we did.”

Audacity, ambition, power: Kamala Harris’ victory speech had it all