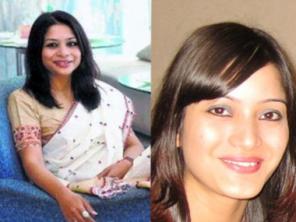 Mumbai, Aug 26 (IANS) The three-year-old murder of Sheena Bora unfolded on Wednesday stories of sleaze, betrayal and family feud as police arrested a former husband of Indrani, the wife of former media honcho Peter Mukherjea and the victim’s alleged mother who is already in custody.

Mukherjea, the former CEO of INX Media, made a stunning disclosure on Wednesday that Sheena had an affair with his son Rahul but he wasn’t aware that Sheena was in reality Indrani’s daughter and not her sister.

In Guwahati, Indrani’s son Mikhail Bora revealed that Sheena was his sister, that Indrani had mothered both of them and this could be easily be proved by a DNA test.

“The real reason behind the murder is something else, which I don’t want to reveal now,” he said, hinting at some dark secrets.

“I want her (Indrani) to speak the truth. If she does not, then I have got proof, documents and photographs which I shall reveal to the media.”

Discussing Sheena’s relationship with his son, Mukherjea said he chose to overlook it as both were adults and could take their own decisions.

“Sheena was in a relationship with my son which Indrani disapproved of,” he told the media.

Mukherjea also told TV channels that he had “no clue” that Sheena was actually Indrani’s daughter from an earlier marriage and not her sister as she had told him.

Soon after the television statements, a team of Mumbai Police landed up at Mukherjea’s Khar residence to question him.

Mumbai Police Commissioner Rakesh Maria said Sheena was murdered on April 24, 2012. Her body was found on May 23 that year after Indrani’s driver Shyam Rai revealed the murder site to police.

Both Indrani and the driver were arrested on Tuesday on charges of killing Sheena and disposing off her body in Raigad, near Mumbai. A court sent Indrani to police custody till August 31.

Sheena had been employed as an assistant manager with Mumbai Metro One Pvt. Ltd. since June 20, 2011. She took leave of absence on April 24, 2012, the day she was killed. Mumbai Metro said she sent her resignation while on leave.

Mukherjea said he was “mentally very shocked” and stumped by his wife’s arrest. “I am dumbstruck by this level of criminality.”

“Sheena was having an affair with my son… When she disappeared in 2012, I was told she was studying in the US. I asked Indrani and she showed me pictures of Sheena at a Diwali function there,” Mukherjea said.

This was corroborated by Mikhail Bora.

Revealing gory details, Mikhail said Indrani had a son (he himself) and a daughter (Sheena) from a boyfriend while studying in Shillong.

Indrani left for Kolkata in the early 1990s, leaving the minor children with her parents in Guwahati where they grew up.

After completing schooling, after encountering financial difficulties, the siblings went searching for Indrani in Mumbai.

“She was not willing to introduce us to anyone as her son and daughter. After spending some time in Mumbai, I came back to be with my grandparents in Guwahati while Sheena stayed back there.”

He said he was in touch with Sheena till 2012 but lost all contact with his elder sister after that.

He said when he asked his mother about her whereabouts, she replied that Sheena had gone to the US and was working for a big company.

But she refused to share Sheena’s contact details and kept saying that he should not interfere in Sheena’s life.

“Last year, when my mother came to Guwahati and I sought details about Sheena, she not only became angry but threatened to stop sending whatever pocket money she sent every month,” Mikhail said.

“It is a shock to learn that Sheena was murdered by our mother. But she can do it,” he added.