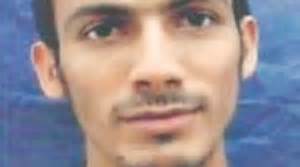 New Delhi, June 15 (IANS) The US State Department on Thursday named three key Islamic State (IS) operatives, including an Indian recruiter, to its Specially Designated Global Terrorists (SDGT) list, an official statement said.
The State Department has designated Mohammad Shafi Armar, Oussama Ahmad Atar, and Mohammed Isa Yousif Saqar Al Binali as SDGTs, which imposes strict sanctions on these persons and bars US nationals from engaging in transactions or dealings with designated persons and all their property and interests in property subject to United States jurisdiction is blocked.
Armar, a native of Bhatkal in Karnataka, is said to have recruited at least 30 men for IS in India, according to Indian intelligence agencies. The State Departmennt termed Armar “a leader and head recruiter in India” for the IS.
“He has cultivated a group of dozens of ISIS sympathizers who are involved in terrorist activities across India, such as plotting attacks, procuring weapons, and identifying locations for terrorist training camps,” the State Department statement said.
However, according to some reports, Armar was believed to be killed in a US drone strike in Syria in April 2016.
According to the State Department, Belgian-Moroccan Oussama Atar is a “senior leader of IS’ external operations efforts and has established a network to carry out attacks in Europe” and was “a leading coordinator of the November 2015 Paris attacks and March 2016 attacks in Brussels”.
The State Department said Atar was responsible for recruiting, training and sending “at least some of the individuals to Paris to launch the November 2015 attacks, which killed and injured hundreds, including Americans”.
He also recruited and mentored two of the bombers involved in the March 2016 Brussels attacks that killed 32 and left many more wounded, according to it.
Al Binali, it said, departed Bahrain to join the terrorist group in 2014 and has since appeared in multiple IS propaganda videos calling on Bahrainis, specifically members of Bahrain’s security forces, to join Islamic State.
“Today’s action notifies the US public and the international community that Atar, Armar, and Binali have committed or pose a significant risk of committing acts of terrorism. Designations expose and isolate organisations and individuals, and result in denial of access to the US financial system,” the State Department said.