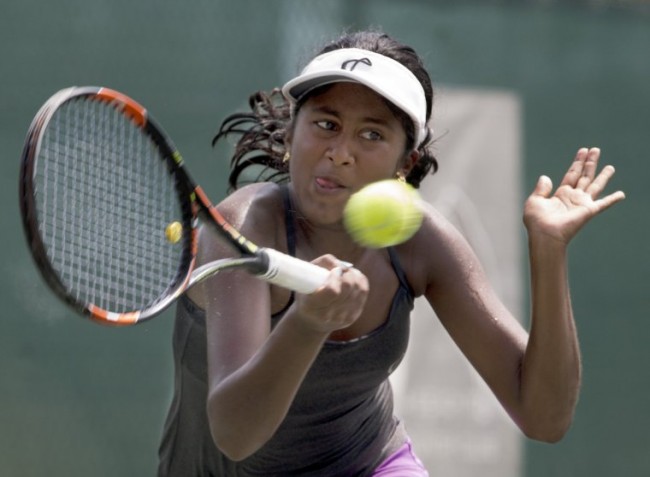 Washington, Aug 27 (IANS) A 13-year-old Indian-American girl is all set to play in the 2015 US Open after getting a wild card for the tennis championship, said a media report.

A top ranked player in the Under-14 and Under-16 category in the United States, Natasha Subhash, would be the youngest Indian-origin player ever to play for the Junior girls title in the Grand Slam event, American Bazar news portal reported on Tuesday.

Subhash is from Fairfax, Virginia, and she will begin her qualifying round match from September 4 when the girls’ championship kicks off.

She may also be given a wild card to play in the junior girls doubles championship, the report said.

Subhash follows a challenging routine to realise her dreams. She plays tennis from 8 am in the morning to about 1 pm. She has her fitness routine thrice a week. During school days, she practices after school for about five hours, six days a week.

“(There) are challenges in every sport, and in tennis you have to work a lot on your speed and strength and that has always been a challenge for me,” Subhash, a ninth class student at the Falls Church High School, said.

Subhash was born to Keralite couple Subhash Kongassery and Sulekha Subhash, who migrated to the United States in 1997.

Subhash started playing tennis at the age of five and is a big fan of Swiss tennis legend Roger Federer.

Author A. J. Banner on her love of suspense & the thrill of writing