BY MAHADEV DESAI AND RACHNA GUPTA
Photos by Deepak Naik 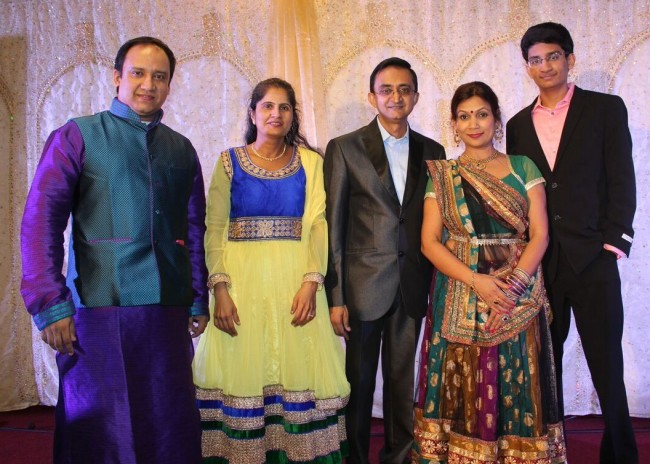 After meeting and greeting, and enjoying the delicious dinner and dessert, the attendees were warmly welcomed by enthusiastic and bubbly Vice President of Ekal Atlanta and the recently elected President of IACA Rina Gupta and Rachna Gupta, Ekal’s Cultural Coordinator Rachna Gupta. After Shri Tarlok Badhan lighted the traditional diya(lamp), Trisha Dalapati, who recently had made her Arangetram as Ekal’s DIY project and donated her money gifts to support an Ekal school for four years, performed an opening invocation to Lord Ganesha through a scintillating Bharatanatyam dance. 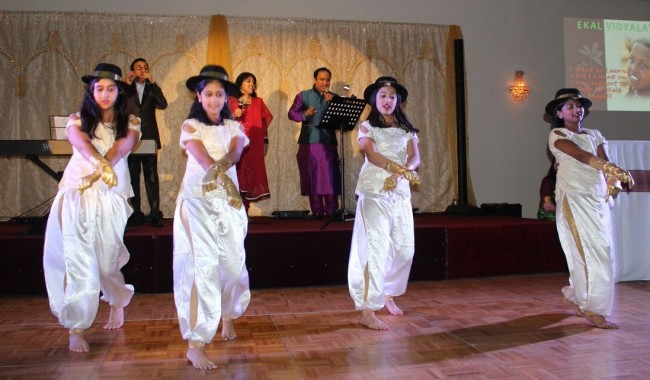 Geet-Rung had put together myriad colors into the show, what with live music with piano/ keyboard, colorful dances and vintage song medleys.Atlanta’s well known and popular vocal artists were Pankaj Bhargava, Muhi, Vandana Upadhyaya, Mahesh Patel, Indrani Danave, Sunny Sachdeva and Ajay Upadhyaya entertained the audience with an imaginative mix of Bollywood hit songs. Pankaj and Divya’s son, Geet Bhargava, who had made his impressive debut at Ekal’s program last December, once again delighted the audience with his piano numbers. Divya and her well trained students mesmerized the audience with their dances with intricate footwork, nuanced expressions and graceful moves. And fast paced, energetic dances by brother-sister duo of Rishi Gowda (10 years) and Gowri Gowda (8 years) wowed the audience. When informed that Rishi had kindly donated his pocket money to Ekal, they loudly applauded him. 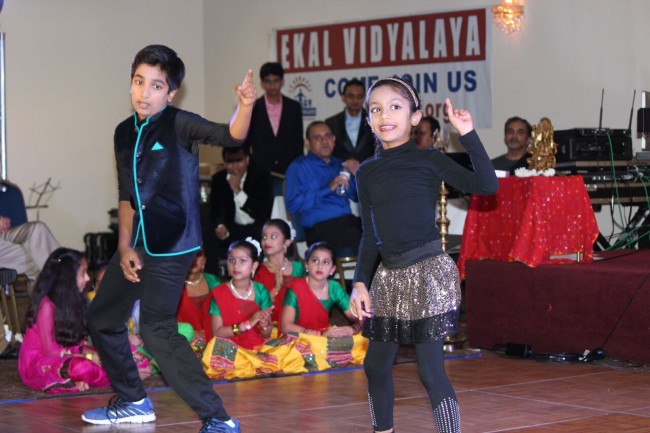 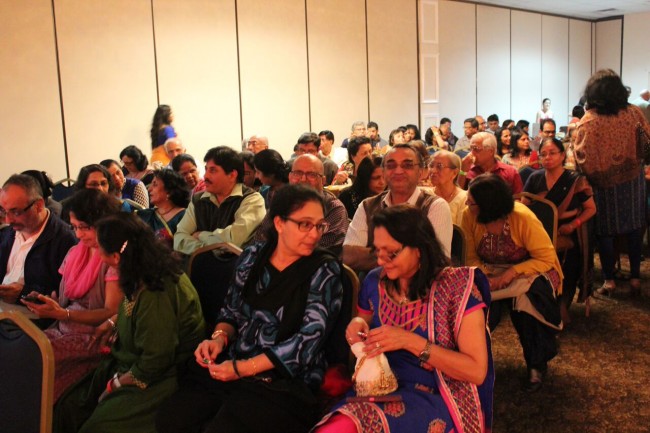 Four young children and VP of Ekal’s Corporate Outreach Kiran Kodithala highlighted Ekal’s one-teacher school model which exists in all the Indian states, from Kashmir to Kerala, on an annual sponsorship of only $365 and provides basic education to nearly 20-30 students and vocational training to adults. Aarti Aggarwal and Kinjal Kakadiya introduced Ekal’s Youth Initiative which is geared more towards college students and young professionals. Ekal currently runs 52,526 schools which benefits 1.45 million students, with an almost equal boy-girl ratio. The emcees with their infectious enthusiasm were exhorting the audience to sponsor Ekal schools. Soon, the attendees were vying with each other to sponsor schools. Some sponsored 5 schools anonymously! And by the time, the program concluded a record number of 111 schools were sponsored.

With the 111 schools sponsored at this hugely entertaining night, Ekal is slowing inching towards its goal of 100,000 vidyalayas.

Sponsors can track the progress of their school at www.ekal.org.

All in all, it was a well-organized, enthralling, much appreciated and enjoyable program for a very worthy cause!