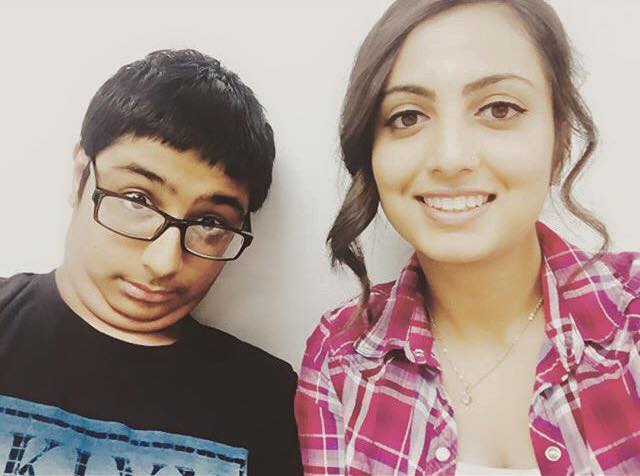 New York, Dec 18 (IANS) A 12-year-old Sikh boy who was kept behind the bars for three days this month for causing a bomb scare admitted to the police he only joked to a classmate about bringing a bomb in his backpack, media reports said on Friday. The boy’s family, however, said he was framed.

As reported by inquisitr.com, Arlington police Lt. Christopher Cook said that another student, who has not been identified, told a teacher that Armaan Singh Sarai told him (the student) that he (Sarai) was planning to blow up the school.

“Specifically, according to the student, Sarai claimed to have a bomb in his backpack, wired to go off at a certain time, and that Sarai planned to leave the bomb in a school bathroom and flee,” the report added, quoting the police official.

According to Cook, during interrogation, Sarai admitted telling his classmate about bringing a bomb, but insisted he was only joking.

“Schools take bomb threats seriously, and that even joking about having a bomb at school is considered a terroristic threat – a felony,” Cook added.

Sarai’s family, however, said he was framed.

“A bully in class thought it would be funny to accuse him (Sarai) of having a bomb, and so the principal, without any questioning, interrogation, or notification to his parents, called the police,” Sarai’s cousin Ginee Haer wrote in a Facebook post that has since gone viral.

“They kept him behind bars for three consecutive days, before finally releasing him on Monday, December 15th,” Haer wrote in the post.

In another Facebook post, also reported by inquisitr.com, Aksh D. Singh, who identified himself as Armaan’s older brother, said: “My little brother Armaan… was taken from school to Kimbo Juvenile Center because he AND other students were joking about bomb threats. I know we live in a time when such an accusation is serious, but this is outrageous…”

According to media reports, police said they indeed went to Nichols Junior High School in Dallas, Texas, after a student told a teacher that Sarai told him he was planning to blow up the school.

“Worried & frightened at home, his family was concerned as to why he had not reached home right after school. They started calling every police department in the area, only to find out he was sent to a Juvenile facility,” Haer added in her post.

“Armaan was born and raised in Texas by a loving #Sikh family. In his spare time, he loves spending time with his family, watching tv, and playing video games. In his family, are his mom, dad, two sisters and a brother who love him more than life, after all he’s the baby in the family,” the post read.

“His family moved to Dallas, Texas, about three to four months ago, and being the new kid wasn’t that easy for him. It made it especially hard since he isn’t able to get out much, due to a heart condition he was born with,” Haer wrote.

“The heart condition has led him to having three open heart surgeries, and he isn’t able to do a lot of extra curricular activities. But his love from his family and friends has always been enough to keep his heart filled. His family and friends would describe him to be really funny, nice, and a caring human being,” Haer wrote.

The incident came after a Texas boy, Ahmed Mohamed, was recently taken away in handcuffs for bringing to his Dallas school a homemade clock that the school authorities mistook for a bomb.