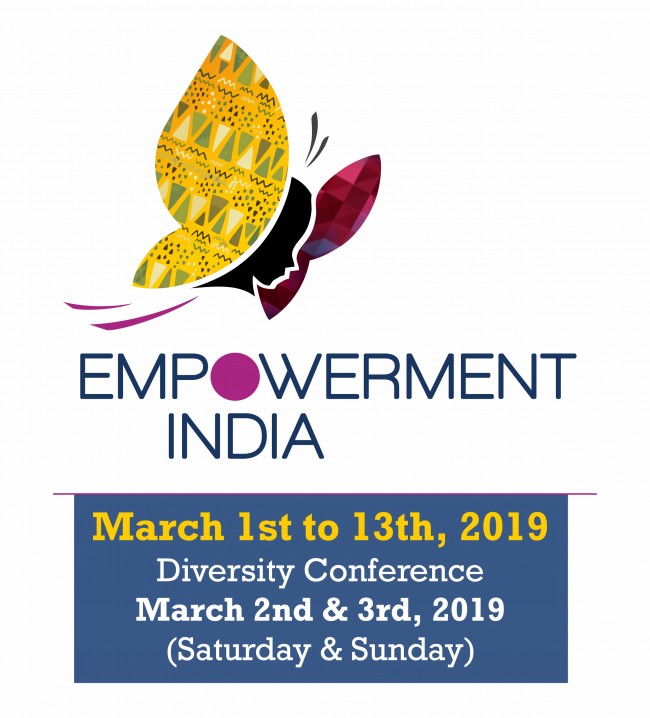 In 2018, SarisToSuits held its six-year anniversary “Women FIRST” celebration in Atlanta featuring many notable champions of women’s advocacy. Indian-American Richard Verma, former U.S. Ambassador to India, was among the speakers and encouraged attendees to break the silence when it comes to women’s marginalization.

“There is no question that we all need to do more to ensure that women have equal say, equal pay, and equal rights – not just on paper, but in practice in corporate America and across our society as well. I have been so impressed with the terrific efforts that SarisToSuits has made across all of these fronts.”

Taking SarisToSuits on the road, Tripathi builds on that momentum and the immediacy of the #MeToo movement with the Empowerment India 2019 travel experiences. Collaboration for the inaugural event is invited from thought leaders, academics, activists, and women trailblazers from around the globe so this can become an annual trip to the Asia Pacific region.

“Your SarisToSuits program is one of the most comprehensive that I have seen in my two decades in the diversity and inclusion global arena,” said Bettina Alejandra Deynes, Senior Managing Partner at The Surrogate CEO. “Your dedication to the presentation of a wide range of speakers and topics, while providing a once-in-a-lifetime experience for participants, is to be applauded.”

Participants can choose from five itinerary options, ranging from two to 13 days in India, and among various architectural and advocacy-related highlights. Global travelers can choose the five-day New Delhi stay  or the entire Empowerment India 2019 s per person at five-star accommodations.  See www.SarisToSuits.org

In addition to enriching tourist opportunities, each of the trip itineraries includes participation in a two-day conference entitled Global Unity in Diversity, held in New Delhi which covers a wide range of topics with an incredible slate of speakers and panelists. The keynote address for Global Unity in Diversity will be given by Vinita Bali, a high-powered corporate strategist formerly of Coca-Cola in Atlanta, who was Managing Director of India’s Britannia Industries.  She serves on Many boards.  Within six years under Bali’s leadership, Britannia’s profits tripled; its brands are sold in more than 60 countries worldwide and the company is estimated to hold a 38 percent market share. Bali was named India’s Economic Times’ Business Woman of the Year in 2009, the same year that she founded the Britannia Nutrition Foundation to reduce incidences of malnutrition for school children in India. In 2011, Bali landed the #18 spot on Forbes’ “Asia’s 50 Power Businesswomen” list. A champion of social responsibility in the corporate sphere, Bali is a lightning rod for women’s empowerment and the role of proper nutrition in educational achievement.

The conference will include remarks by Abha Singh, a Mumbai-based attorney and gender justice advocate who champions women’s safety in the workplace. Also speaking will be the parents of Jyoti Singh, who was gang raped on a New Delhi bus in 2012 in an act that shocked the world and led to international condemnation – It was also the year SarisToSuits launched in the US.

Tripathi regularly read news headlines on television involving India and the treatment of women and girls. India was named one of the world’s most unsafe countries for women to live in, it accounts for world’s half female digital gender divide, and recently a study in a respected journal noted that one third of suicides in the world are committed by Indian women. Daughters in some communities are a burden, a family liability because dowries ( illegal but still practiced) have a reach all the way to the womb.

Social justice, education, and economic opportunities are often intertwined, says Tripathi. India is a patriarchal hierarchy where men hold the monopoly on power in the workplace, at home, and in society. Studies show that only two-thirds of women graduates are employed in India. Only 5 percent of BSE 100 companies reportedly have women at the top, and women startups have challenges getting funding.

“We cannot focus on depressing statistics,” Tripathi insists. “There’s a strong case for positive intervention. Women need a voice to advocate for themselves or to change their circumstances

As a child prodigy, Tripathi’s father was the first in that part of the world chosen as both a Commonwealth Scholar (as a physicist) and as a Senior Academic Staff Fellow which led to the family’s emigration to the UK when Patti was not even ten years old and eventually to the United States. At 74 years old, Dr. Tripathi University still works as a senior scientist at the Radiation Research Lab at the University of Notre Dame. Though born in a rural region of India, Tripathi herself received an excellent education and was able to achieve her American dream of being a broadcast journalist—never before had there been an India-born national news anchor when she was hired to CNN International, CNNRadio and Headline News in 1996.

Despite her success and international renown, Tripathi suffered privately under the oppressive expectations of her culture and heritage. Her public audience would not have known that she was languishing in a forced marriage, degraded and abused. Because she had means, she was able eventually to escape three years later, but she was aware that other women were not as fortunate. Thus began a new dream: how she might help change the narrative for women and girls of southeast Asian descent.

SarisToSuits was born out of Tripathi’s empathy and irrepressible drive to persist. The charity features an annual calendar of India-born women—not just models but role models who “pose for a purpose.” Each of the women has beaten the odds and claimed her own voice through education and empowerment and is part of a growing global network of advocates for the countless women and girls who remain powerless and forgotten.

Verma referred to Tripathi as a pathbreaker and trailblazer: “At the time I met her, she was doing something no other Indian American or South Asian was doing [headlining for CNN]… She was this incredible role model who was committed to helping other people and very courageous.”

The first thing one can do, Verma noted, is to support organizations like Saris to Suits. “It doesn’t require writing a big check. What it requires is a little bit of time, commitment, using your place of power and you all have it. You don’t have to be a senator or a governor.”

Title and corporate sponsorships are still available; please contact:  www.SarisToSuits.org, Manali@whiteIrisevents.com, or Info@SarisToSuits.org. Vendors may contact Manali and her event planning team in India and SarisToSuits for corporate responsibility and Empowerment-India booths.