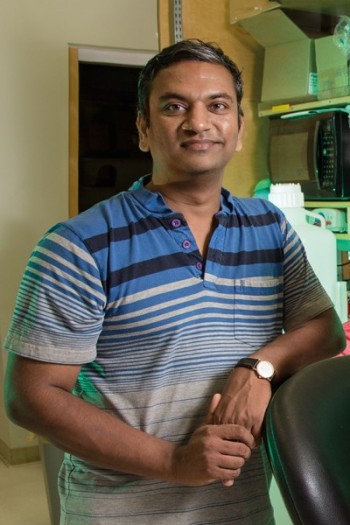 Washington, Sep 16 (IANS) In a first, an Indian American researcher from Salk Institute for Biological Studies in California has developed a new way to selectively activate brain, heart, muscle and other cells using ultrasonic sound waves.

Dubbed as sonogenetics, the new technique has some similarities to the burgeoning use of light to activate cells in order to better understand the brain.

Â“Light-based techniques are great for some uses. But this is a new, additional tool to manipulate neurons and other cells in the body,Â” informed ,” Sreekanth Chalasani, assistant professor in Salk’s molecular neurobiology laboratory.

The new method – which uses the same type of waves used in medical sonograms – may have advantages over the light-based approach – known as optogenetics – particularly when it comes to adapting the technology to human therapeutics.

In optogenetics, researchers add light-sensitive channel proteins to neurons they wish to study.

By shining a focused laser on the cells, they can selectively open these channels, either activating or silencing the target neurons.

Chalasani and his group decided to see if they could develop an approach that instead relied on ultrasound waves for the activation.

Â“In contrast to light, low-frequency ultrasound can travel through the body without any scattering,” he noted.

Â“This could be a big advantage when you want to stimulate a region deep in the brain without affecting other regions,Â” adds Stuart Ibsen, post-doctoral fellow in the Chalasani lab.

So far, sonogenetics has only been applied to C. elegans neurons.

Â“The real prize will be to see whether this could work in a mammalian brain,” Chalasani pointed out.

His group has already begun testing the approach in mice.

Â“When we make the leap into therapies for humans, I think we have a better shot with noninvasive sonogenetics approaches than with optogenetics,Â” he emphasised in a paper appeared in the journal Nature Communications.

Chalasani obtained his PhD from University of Pennsylvania. He then did his post-doctoral research in the laboratory of Dr Cori Bargmann at the Rockefeller University in New York.