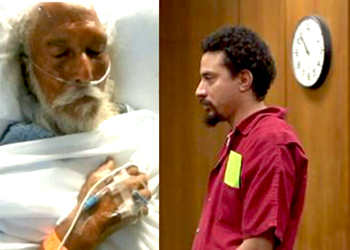 New York, Sep 16 (IANS) An American man has been sentenced to 13 years in jail for hitting an elderly Sikh man outside a gurdwara in California, a media report said.

On May 5, 2013, Gilbert Garcia beat up 82-year-old Piara Singh outside the Nanaksar Gurdwara in Fresno city with a steel rod while he was leaving the place after saying his daily prayers, The Fresno Bee newspaper reported on Tuesday.

Singh was hospitalised for more than a week with head wounds, broken ribs and lung lacerations.

After the attack on Singh, Garcia also made inflammatory remarks about Muslims, prosecutor Tim Donovan was quoted as saying by the newspaper.

Garcia was arrested half-hour after the attack and has been under custody since the attack.

“Justice has been served. Not only does the victim and his family have closure, but so does the entire Sikh community because there was an acknowledgment that a hate crime occurred,” said Ike Grewal, a Sikh activist.

“This was a totally senseless crime. We are hard working people who are part of the American fabric,” Grewal added.

In December 2013, Garcia was sent to the state hospital after doctors in the jail concluded he was unable to assist in his defence.

Garcia returned to the Fresno County Jail in November 2014 after doctors gave him clearance to appear in the court for the trial.

“Garcia agreed to plead no contest to a felony charge of injuring an elderly person and admitted it was a hate crime,” Donovan said.