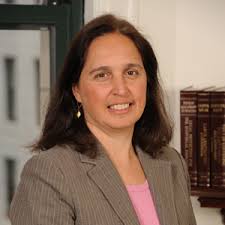 Washington, May 13 (IANS) Indian American lawyer Indira Talwani has become the first Asian American federal judge in Massachusetts and the second female judge of South Asian descent nationwide with her confirmation by the US Senate.

The Senate confirmed her May 8 by 94-0 votes to fill a vacancy on the US District Court for the District of Massachusetts.

She received a juris doctorate in 1988 from University of California Berkeley School of Law, graduating Order of the Coif.

After graduating from law school, Talwani served as law clerk to Judge Stanley Weigel of the US District Court for the Northern District of California.

She has worked in private practice at Segal Roitman, LLP since 1999, and has been a partner at the firm since 2003.

She has previously practised at the law firm of Altshuler Berzon LLP, where she was also a partner.

“She has the support of her home state senators, Senator (Elizabeth) Warren and Senator (Edward) Markey,” Senate Judiciary Committee chairman Patrick Leahy noted putting her nomination to vote before the Senate.

The Judiciary Committee had reported her favourably to the full Senate by voice vote Feb 6.

“Talwani has an impressive track record as a litigator, having represented clients in matters” before the Massachusetts courts, the federal courts of appeals and the US Supreme Court, Warren said introducing Talwani at her Senate confirmation hearing.

Talwani has broad credentials and wide litigation experience and has developed expertise in legal issues that relate to employment, she said.