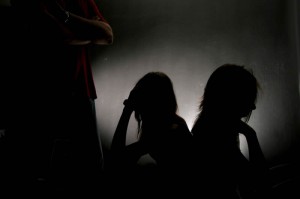 Atlanta, GA, Aug 27: Rashmikant Patel of Savannah,Georgia was one of the four men indicted in federal court on charges of human trafficking in July, reports Houston Chronicle.

According to the indictment issued by a federal grand jury inNew York, the four men hired female dancers inIndiaand brought them to theUnited Statesunder the false pretense that they would perform Indian cultural programs.

Once the women arrived, they were forced to dance in night clubs for 12 to 14 hours per night, seven nights per week. Some of the dancers were forced into prostitution. One night club was inNew Yorkand the other one inHouston, says Houston Chronicle.

The alleged scheme, perpetrated through force and the threat of force, took place between 2008 and 2010. The men allegedly confiscated the dancers’ passports and, when they were not performing, confined them to houses and hotel rooms against their will. The group further made false statements in visa applications to obtain permission for the performers to enter the country, documents state, reports click2houston.com.

The women were in fear for their lives. They believed if they did not perform such labor and services, they would suffer serious harm and physical restraint.