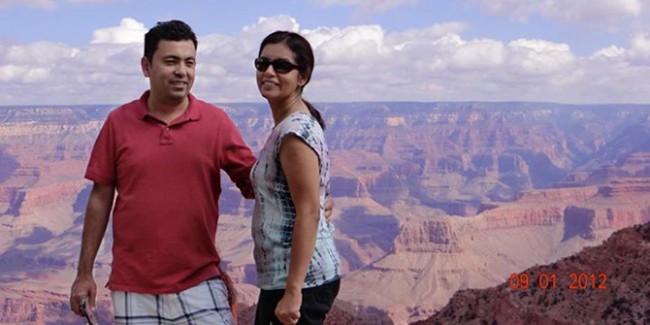 On Thursday night, Roy and his wife were dragged off a cycle rickshaw at a Teacher-Student Centre (TSC) intersection by two unidentified assailants and attacked with machetes. Roy died of a fatal gash to the head while his wife and fellow blogger Rafida Ahmed Banna was severely injured.

Roy’s body was taken Sunday noon to the footpath next to where he was brutally hacked. People paid floral tributes to the slain writer-blogger and staged a demonstration at the spot — a platform in front of the Aparajyeo Bangla at Dhaka University — chanting slogans and demanding the arrest of the killers and their speedy trial, bdnews24.com reported.

At the end of the protest, lasting about half-an-hour, the body was taken to his father Ajay Roy’s house at Siddheshwary.

Finally, the body was taken to the DMCH mortuary, as per Roy’s wishes and after his family deciding to donate it for medical research.

Sammilito Sangskritik Jote organised the tributes programme as a mark of respect to the writer, noted for his writings against communalism.

Roy and his wife were hacked on the footpath next to the Suhrawardy Udyan, a few metres away from the tightly secured Amar Ekushey Book Fair and Shahbagh Police Station February 26.

Roy died at the DMCH, while his severely injured wife was being treated at the Square Hospital.