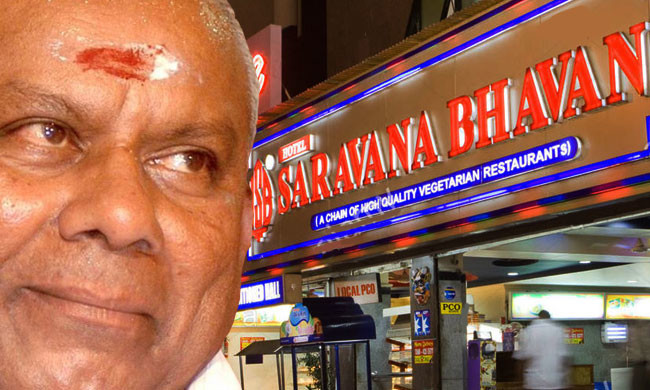 The 71-year-old, dubbed the “Dosa king”, was shifted to a private hospital here on Tuesday on the orders of Madras High Court from government Stanley Hospital where he was being treated in the prison ward.

Rajagopal had arrived in an ambulance with an oxygen mask strapped to his face after the Supreme Court turned down his request to delay his sentence on medical grounds.

Sentenced to life term for the murder of his employee, Prince Santhakumar, Rajagopal surrendered before a court here on July 9 after the apex court dismissed his petition, seeking more time for surrender.

Sent to prison, he was admitted to the government hospital later the same day after complaining of giddiness.

Rajagopal had also sought that he be exempted from being sent to jail and his hospitalisation be treated as a deemed jail term. The court had refused the plea.

The case that goes back to the 1990s, had attracted considerable attention both in India and abroad.

Rajagopal allegedly wanted to marry a woman, on the advice of his astrologer.

At the time, Rajagopal had two wives and the young woman, then in her twenties, rejected him. She married Santakumar in 1999. The prosecution told the court Rajagopal threatened the couple in 2001 and demanded they end the marriage.

Days after the couple went to the police, Santhakumar was kidnapped and killed. His body was found in the forests.

The founder of the restaurant chain popular in the country and overseas, Rajagopal was sentenced by a sessions court to a 10 year jail term on charges of killing Santhakumar.

He had appealed in the Madras High Court, but it upheld his conviction while enhancing the sentence to a life imprisonment. The conviction and sentence were upheld by the apex court in March and he was supposed to surrender on July 7 to begin his term.

He moved the apex court to delay the beginning of his term, citing ill health, but got no relief from it.