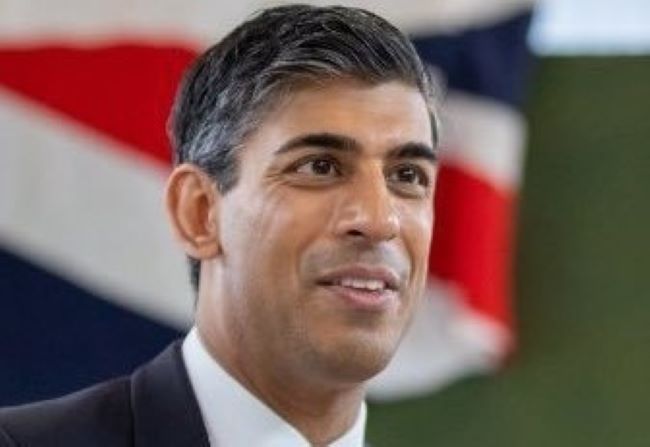 London, Oct 24 (IANS) Less than two months after losing the race to become the Conservative party leader and that of the UK, Rishi Sunak was on Monday set to take over the top post, becoming the first Asian Prime Minister

Sunak, who had thrown his hat in the ring again after Liz Truss’s sudden resignation – barely a month and a half after she had pipped him in the contest to succeed Boris Johnson, was Monday the only contestant to replace her after rival Penny Mordaunt dropped out, due to lack of necessary support.