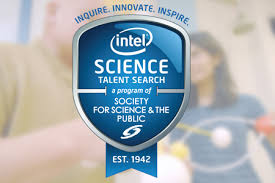 Finalists come from 33 schools in 14 states and represent the country’s best and brightest young scientists. The Intel Science Talent Search encourages students to tackle challenging scientific questions and develop skills to help solve some of the world’s greatest challenges.

Finalists will attend the Intel Science Talent Institute from March 6-12 in Washington, DC to compete for $630,000 in awards, including a grand prize of $100,000 that will be awarded to the first-place winner.

The Indian finalists, and their respective projects, are: