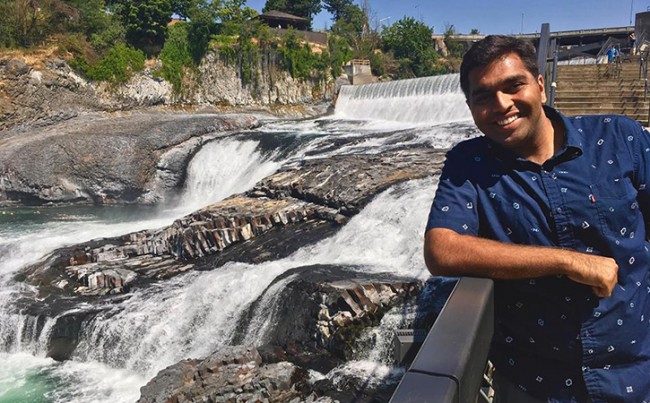 Jaipur, Aug 30 (IANS) The families of Nikhil Bhatia and Shalini Singh, Indian students at the Texas A&M University who suffered grievous injuries while out swimming just as Hurricane Harvey struck and died in a hospital in Houston early this morning, are in a state of shock, family members said.

Bhatia, who hailed from Jaipur, died in the hospital’s ICU, where he was admitted after being closely saved from drowning. Singh died a few days later

“We came to know about it early in the morning at around 4.50-5 a.m.,” Bhatia’s family member told IANS.

“You can very well understand how the family must be feeling after hearing this news. Mother is all alone there in the US and father is here. He was the only child….for thr last two days we have been hearing different news about him. We were all praying and hoping that he will survive,” she added.

Bhatia and Sinsgh, who were studying for a masters in Public Health, were swimming in Lake Bryan when a sudden current triggered by the hurricane pulled them to the deeper end. Other students alerted the police and both were pulled out and rushed them to hospital in a critical condition.