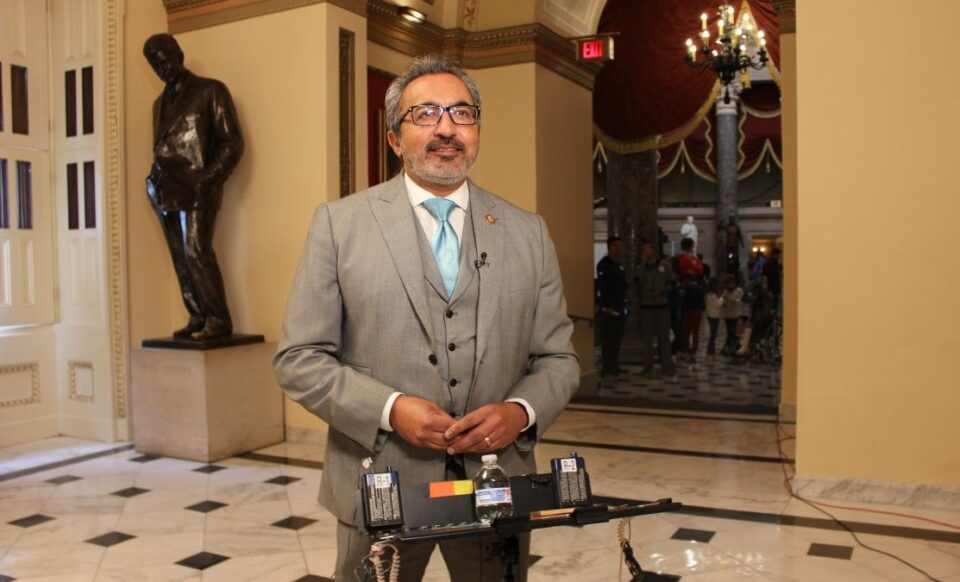 Washington, April 6 (IANS & Staff) A red fox that was captured Tuesday and responsible for biting Congressman Ami Bera, a journalist and several others has been euthanized, according to health officials in Washington, D.C.

In an email to NPR, the DC Department of Health said Wednesday that there were nine confirmed bites by the adult female fox on Capitol Hill and that it had been “humanely euthanized” to ensure rabies testing could be done.

The DC Public Health lab said Wednesday that the fox tested positive for the rabies virus.

“DC Health is contacting all human victims who were bitten by the fox,” DC Public Health told NPR in a statement. “Animal control will post informational flyers around Capitol Hill advising of the fox’s positive rabies status and encouraging people who might have been exposed to call DC Health. Anyone who came into physical contact with a fox or its kits, particularly near Capitol Hill, should contact DC Health at 202-442-9143.”

US Congressman Ami Bera of California was reportedly nipped on the leg by a fox on his way into the office on Monday.

“What does the fox say? Last night, I found out,” Bera joked in a tweet.

“Joking aside, animal bites are extremely serious,” he wrote Tuesday afternoon. “In the case of an encounter, please speak with a physician immediately.”

A spokesperson for Bera said the lawmaker went to Walter Reed Hospital on Monday night where he received shots for rabies and tetanus as well as immunoglobulins, “out of an abundance of caution.”

Political reporter Ximena Bustillo also revealed that she had been bitten.

“That feel when you get bit by a fox leaving Capitol cause that’s of course something I expect in THE MIDDLE OF DC,” Bustillo tweeted on Tuesday afternoon.

Senate Minority Leader and Republican Mitch McConnell was asked during a press conference if he’d seen the fox.

Red foxes are not uncommon in Washington, D.C., as Rock Creek Park is home to a number of mammals.

There are also numerous fox den sites on the National Mall but their locations may change from year to year, according to the National Parks Service.

Red foxes live throughout the continental US, though the foxes on the National Mall may spend their entire lives here, the agency noted.