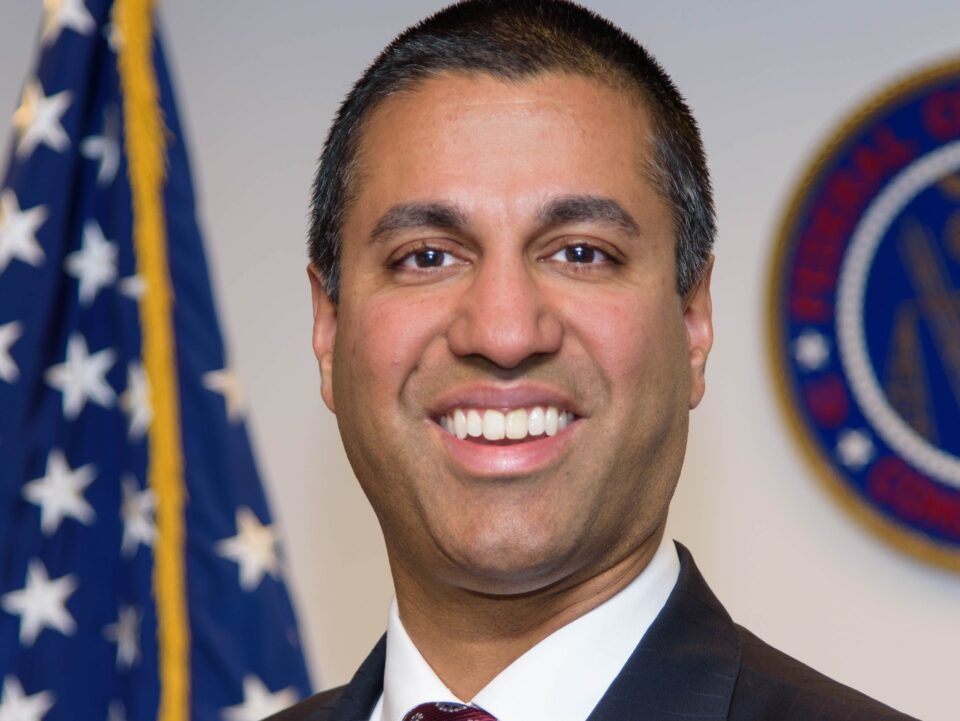 New York, Dec 1 (IANS) Ajit Pai, one of the senior-most Indian-American officials appointed by US President Donald Trump, announced that he was quitting the Chairmanship of the Federal Communications Commission (FCC) on January 20, when Joe Biden takes over as President.

Pai, who announced his resignation plan on Monday, had worked with Trump to ban the use of telecom infrastructure equipment made by Chinese manufacturers Huawei and ZTE in thw US because of the national security risks.

He also campaigned for other democracies to shut out those companies.

Pai said in the statement about leaving office that he was proud of “aggressively protecting our communications networks from national security threats at home and abroad”.

The Chairmanship of the FCC is one of the most powerful jobs in the US because the federal authority regulates the cellphone spectrum and services, phone, internet and satellite and cable services.

“To be the first Asian-American to chair the FCC has been a particular privilege. As I often say: only in America,” he said.

Another senior Trump appointee at just below the cabinet level, Seema Verma who heads the Centers for Medicare and Medicaid Services, the agency for government health insurance programs, and is a key member of the White House Coronavirus Task Force is also expected to quit when Biden becomes President.

What drew the most attention during Pai’s tenure was his controversial plan to end net neutrality, a decision that faced strong opposition from many and played into the national polarisation to the extent of getting death threats against his children.

About ending net neutrality and pursuing deregulation, Pai said that under his leadership “this FCC has not shied away from making tough choices. As a result, our nation’s communications networks are now faster, stronger, and more widely deployed than ever before”.

He was first appointed a Commissioner of the FCC by then President Barack Obama in 2012 to represent the Republican Party and made chairman by Trump in 2017.

The five-member commission has representatives from both parties, with the President appointing its chair and Pai’s resignation will facilitate Biden exercising the prerogative.

The rush to work from home during the Covid-19 pandemic saw an unprecedented increase in the use of the internet for business and work.

A man who threatened to kill Pai’s children was arrested last year.

While banning the Chinese manufacturers in June, he told a Fox Business TV interviewer: “These two companies, Huawei and ZTE, had ties to the Chinese Communist Party, had ties to China’s military apparatus, the People’s Liberation Army.

“And in addition to that, they are obligated, under Chinese law, if they get a request from the Chinese secret police, the intelligence services, they must comply with it.”

US company with Sanskrit name gets attention with billboard of hog-tied Trump; creates problems for cultural association with same name