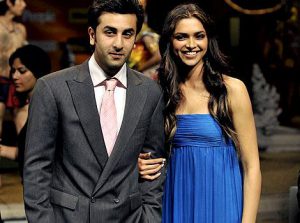 Mumbai, June 6 (IANS) They were a couple who parted ways but mended their relationship and reunited as friends. No one really knows what exactly happened between them but Deepika Padukone candidly admits that her ex-boyfriend Ranbir Kapoor has always been very special to her.

The two have reunited in real life and reel life after five years and, interestingly, their second film together, “Yeh Jawaani Hai Deewani” (YJHD), is reaping gold at the box office and audiences are loving their on-screen chemistry too.

“I have always believed that chemistry can’t be created between two people. You either have it or you don’t. The script can only enhance it. I am glad that Ranbir and I do,” said Deepika, who was seen with Ranbir in 2008 hit “Bachna Ae Haseeno”.

“He has been a very special person for me in my life. I am glad that we share an on- screen chemistry. I am looking forward to doing more films with him,” the 27-year-old told IANS in an interview.

Among the newcomers, Deepika is one of the top notch actresses in Bollywood but she believes in competiting with herself.

“I think it completely depends on what each one’s understanding of competition is. For me, competition is good; that is what keeps me on my toes and keeps me going. I am always trying to better my own work, do better than my earlier films…do films that are challenging and exciting for me. That is my competition,” she said.

What does success mean to her?

“At some level, I feel it is nice to know that a film of yours is doing well at the box office and has also got great reviews. That feels like success,” she explained.

“The best feeling is when you are remembered for the character you play on the screen and people associate you with that character. There is no better feeling than that feeling,” added the actress of hits like “Love Aaj Kal”, “Housefull”, and “Cocktail”.

Coming from a sports background, the actress, who started her career in Hindi films with runaway 2007 hit “Om Shanti Om”, says that the position she enjoys in the industry didn’t “just land in my lap”.

“I have worked really hard with a lot of commitment, dedication and sacrifice. But it is not like a race. I am not looking at the finishing line. The opportunities in this industry are limitless and the idea is to always do something new and exciting and enjoy your work,” she added.

In most of her films, Deepika has portrayed roles that are close to today’s youth. If her character Veronica in “Cocktail” was appreciated by the audiences, her popularity has multiplied manifold after her performance as Naina in “Yeh Jawaani Hai Deewnani”.

“In terms of what was more challenging, it was Veronica. But I think I have got more appreciation for this film (‘Yeh Jawaani…’),” she said.

“While I feel like a lot of people have loved me as Veronica, they love this (Naina) even more, which I find surprising as for me Veronica was more challenging and is completely against the type of person I am. For me, Naina Talwar is the person I am. I completely identify with that character,” she said.

The actress is playing special roles in her forthcoming films “Chennai Express” and “Ram Leela”.

“The next two films are very special. I play a south Indian girl in ‘Chennai Express’ and a Gujarati in ‘Ram Leela’. I won’t go into the details of the characters or the films. These two films will be different from what we have done before,” she said, and signed off saying: “I want to enjoy the success of YJHD”.