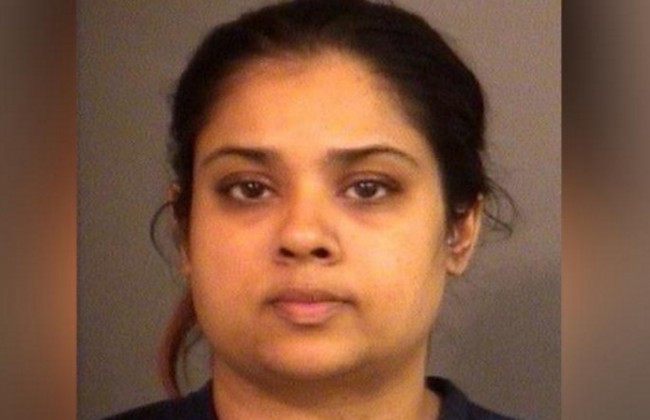 Atlanta, GA, September 1, 2016: Purvi Patel, the Indian-American woman whose feticide conviction was overturned by the Indiana Court of Appeals in July, walked out of prison Thursday, a day after a judge resentenced her to less time than she had already served and ordered her immediate release.

Purvi Patel, 35, was with relatives when she left the Indiana Women’s Prison in Indianapolis about 10 a.m., said Indiana Department of Correction spokesman Doug Garrison.

Her attorney, Lawrence Marshall, said Patel is very joyful that this day has come, but that she now needs privacy so that she can focus on rebuilding her life, reports Indianapolis Star.

“For right now, she needs to recover from what is obviously a traumatic several years,” said Marshall, a Stanford University law professor. “She has to take her life and try to make something meaningful out of all the wreckage that got her here.”

Patel comes from a family of Indian immigrants who settled in Granger,Indiana, a suburb ofSouthBend.

In July 2013, she showed up at the emergency room of St. Joseph Regional Medical Centre in the town ofMishawaka, bleeding heavily. Doctors quickly realized she’d lost a pregnancy and she confessed that she’d left the fetus in a dumpster outside Moe’s Southwest Grill in Granger, a restaurant Patel’s parents owned.

There were also concerns Patel may be a victim of wider political dynamics inIndiana. The judge, Elizabeth Hurley, the first superior court appointee byIndiana’s conservative governor, Mike Pence, allowed the jury to view a video of police interrogating Patel in post-operative recovery, despite defense arguments that Patel’s Miranda rights were ignored and she was recovering from sedation and severe blood loss during the questioning.

Patel is the first woman convicted of feticide inIndiana, and only the second to be charged.

Chinese immigrant Bei Bei Shuai faced feticide charges two years ago in the state, and both cases highlight an emerging “gray area” for pregnant women within the US legal system.