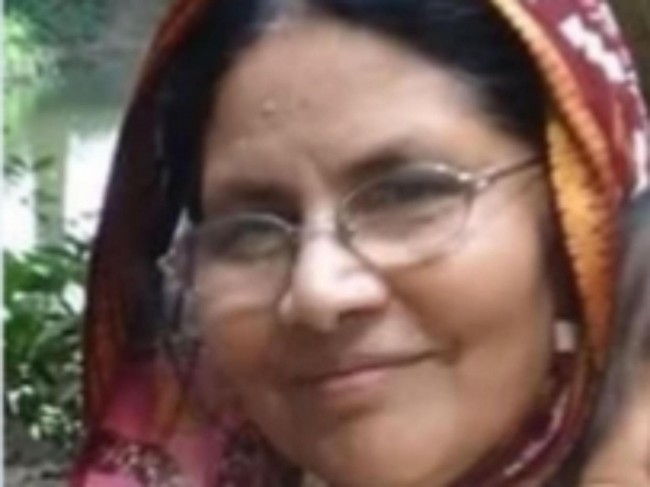 New York, Sep 2 (IANS) A 60-year-old Bangladeshi woman was stabbed to death about a block and a half away from her home in Queens, New York, in a suspected hate crime, media reports said on Thursday.

Nazma Khanam, a retired teacher from Bangladesh, was wearing a headscarf at the time of the killing, reported The Independent.

The murder comes more than two weeks after a Bangladesh-origin imam of a Queens mosque and his assistant were killed when a lone gunman attacked them from close range, five miles from where Khanam was killed.

Khanam was stabbed in the chest as she was walking home with her husband from the store they owned in Queens on Wednesday.

“I had to break the news to my uncle that my aunt expired. He’s screaming and crying, ‘My wife just came to this country to just get killed! We had a better life in Bangladesh!’,” her transit cop nephew Humayun Kabir, 35, said Thursday, New York Daily News reported.

Another nephew, Mohamamd Rahman said the perpetrator didn’t take anything off her and they “feel this is a hate crime”.

The New York chapter of the Council on American-Islamic Relations (CAIR-NY) on Thursday called on police to investigate a possible bias motive in the stabbing, reports ABC7-Eyewitness News.

“Because of the recent killings of Muslims in Queens, and because of the growing number of anti-Muslim incidents nationwide resulting from the increasing Islamophobia in American society, we urge the NYPD to investigate a possible bias motive for this murder,” said CAIR-NY Executive Director Afaf Nasher in a statement.

Members of the Queens mosque had denounced the August 14 killing of the imam as a hate crime.