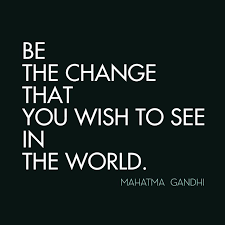 New Delhi, Jan 13 (IANS) This weekend when you are relatively free from life’s mundane duties, ask yourself this: Are you the one who loves to post motivational posts taken from New Age gurus to the ancient scriptures on Facebook and Twitter? Did it ever occur to you that posting such profound thoughts may mean that you yourself need to fix your otherwise stressed life? Or are you a genuine change agent seeking to transform people’s lives for the better?

Although some of the nation’s leading behavioural experts slightly differ on this, one thing is clear: For some people, in their quest for bringing clarity and optimism in their own lives, they may be sharing “profound” thoughts with others on various social media platforms.

According to Dr. Samir Parikh, director (mental health and behavioral sciences) at Fortis Hospitals in the capital, people typically share posts based on their likes and personalities.

“This, however, cannot be generally applied to all the people. The fact is that people post things based on their personalities, their social groups, their interests and likes and dislikes so any more meaning to a post should be best avoided,” Parikh told IANS.

However, Piya Mukherjee, director at VES Leadership Academy and Research Centre (VESLARC) in Mumbai, such people may or may not have driven by unhappiness in their own lives but they have walked the path of pain and developed a keen sense of compassion for their wider circle of friends on social media.

“Apart from the masses, there is another smaller group of people who share such posts – the catalysts or the change agents who genuinely see such posts as capable of inspiring others towards transformation,” noted Mukherjee, also a corporate coach.

Such people are usually healers, teachers and counsellors by nature, irrespective of the official designation of the work they do. “Their role is to bring in some mind-food into the lives of their friends and they do this with a genuine intention,” Mukherjee told IANS.

A study last December created quite a stir as it claimed that people who post inspirational and motivational quotes on various social media like Facebook and Twitter are actually “dumb” and “have lower levels of intelligence”.

In the study titled “On the reception and detection of pseudo-profound bulls***t” that took examples of some of the inspirational quotes from New Age guru Deepak Chopra, psychologists from the University of Waterloo in Canada examined whether some people are more receptive to some silly inspirational statements than others.

The findings that appeared in the journal Judgment and Decision Making showed that there is a definite link between low intelligence and being impressed by what looks like “profound statements”.

“I do not agree with these findings. Posts on inspiration may be a reflection of a person’s mindset, temperament, insight or the situation that the person may be in. A person may choose to just share posts with his friends because it inspires him personally or provides him with strength,” elaborated Dr. Sameer Malhotra (director, mental health and behavioural sciences) at Max Hospitals.

“It is not merely about intelligence but also about suggestibility, personality and support systems around you that shape your attitudes, belief and thinking patterns,” Parikh added.

Dr. Jyoti Kapoor Madan, senior consultant (psychiatry) at Gurgaon’s Paras Hospital, felt that people identify with thoughts and feelings which are prominent in their own mind.

“Therefore, we are often interested in reading and searching for content which is associated with our own dilemmas and conflicts. These feelings, thoughts and artistic interpretations are then further shared on social media,” Madan told IANS.

There is, however, a fine line between “pseudo-profound” and otherwise pure inspirational stuff.

“Motivational and inspirational quotes will interest individuals who themselves seek motivation or are seeking to get out of their own sense of helplessness or hopelessness. They may be lonely but are definitely looking to make it better, not worse,” Madan explained.

According to Mukherjee, when one is experiencing pain and decides to lend a helping hand to another, two things happen – there is an immediate sense of empathy and inter-connectedness with others who may be suffering which, in turn, leads to a better perspective on one’s own unhappiness.

“Second, the act of helping others allows the person to come out of self-pity and hopelessness and feel that one is doing something useful. Whether or not the act is actually useful is secondary – the perception it creates in the doer’s mind is significant,” she emphasised.

Do such posts on the social media constitute a cry for help?

“It would take a perceptive mind to ‘join the dots’ and realise that the person posting inspiring material is actually going through an acute case of the blues. Hence, a reader can view such received posts at two levels – that of face-value inspiration and of a deeper level query about the person who has posted it,” Mukherjee pointed out.

In the meantime, keep feeding friends with some real stuff on the social media that may change their lives for good – and yours too!