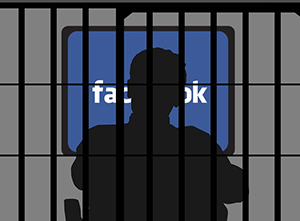 New York, Dec 13 (IANS) Have you felt like walking away from Facebook or to shut down your account swearing never to return, only to meekly log back in a week later? You are not alone.

Researchers from Cornell University have found four key reasons why people make the pledge not to log in to Facebook but ultimately could not resist the allure of Facebook’s social network.

“The first reason is perceived addiction. Those who feel that Facebook is addictive or habitual were more likely to return,” said lead researcher Eric Baumer.

One participant described this habitual aspect by saying, “In the first 10 days, whenever I opened up an internet browser, my fingers would automatically go to ‘f.'”

Another reason is privacy and surveillance. Users who felt their Facebook activity was being monitored were less likely to revert, while those who use Facebook largely to manage how other people think of them are more likely to log back in.

“The third reason is subjective mood. In a good mood? You’re less likely to renege on your pledge to stay off Facebook,” the authors noted.

Those who reflected on the appropriate role for technology in their social lives were more likely to revert.

“In many of these cases, people returned to Facebook but altered their use, for example, uninstalling the app from their phones, reducing their number of friends or limiting the amount of time spent on the platform,” the authors noted.

The team’s findings were drawn from more than 5,000 surveys issued to participants by “Just”, the Dutch creative agency.

The survey data was provided by 99daysoffreedom.com — an online campaign that encouraged participants to log off Facebook for 99 days.

These surveys were intended to gauge each user’s mood throughout the Facebook detox.

A sampling of this data was then shared with the Cornell research team.

“People who leave social media and then return provide the opportunity to understand better what’s at stake when people use — or don’t use — sites like Facebook,” the authors pointed out in a paper published in the journal Social Media + Society.

“These results show just how difficult daily decisions about social media use can be,” Baumer added.

“Facebook also serves numerous important social functions, in some cases providing the only means for certain groups to keep in touch. These results highlight the complexities involved in people’s ongoing decisions about how to use, or not use, social media,” the team concluded.