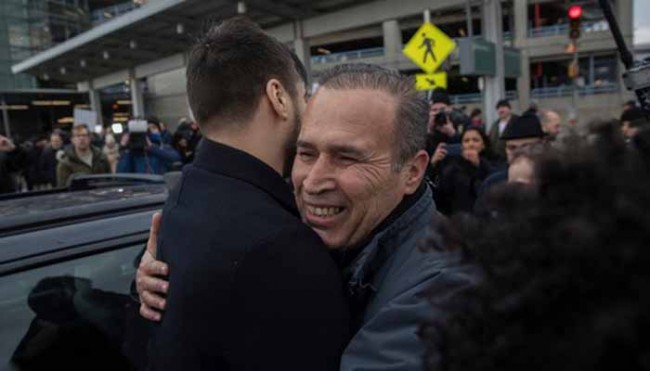 Washington, Sep 1 (IANS) People who were denied from entering the US under President Donald Trump’s first travel ban can now reapply for American visas, according to a settlement reached in a case that temporarily blocked the executive order in January.

In the brief period after the first travel ban went into effect on January 27, a number of people with valid visas were denied entry into the US and put on planes back to where they came from, reports CNN.

The court ruling temporarily blocked the travel ban from being implemented nationwide Because the case was filed as a class action lawsuit.

According to the settlement issued on Thursday, all of those people who were denied entry but had proper documentation can now reapply for visas to enter the US, CNN reported.

The government now plans to send letters to notify those who were denied entry.

The letters will include a list of free legal service providers who can help the applicants reapply, and they will be written in English, Farsi and Arabic, according to the settlement.

While the government has not provided a list of the people who will receive the letter, the settlement states that those who “provided contact information in visa applications” and “applied for admission at a port of entry in the United States, were found inadmissible solely as a result of the Executive Order, withdrew their applications for admission, and since their withdrawal have neither entered the US nor sought a visa for future travel to the US” will receive the letters.

About 2,000 people were detained during the almost 24-hour time period from when the first travel ban went into effect to when the temporary stay blocked the travel ban from being implemented.

The Department of Justice will designate a liaison to review these applications for three months after the letters have been sent out, according to the settlement.

The plaintiffs, Darweesh and Alshawi, agreed to drop any claims they had against the government in the settlement, CNN reported.

No monetary compensation was awarded to either plaintiff.

In June, the Supreme Court allowed parts of Trump’s second travel ban executive order to go into effect and will hear oral arguments on the case in October.