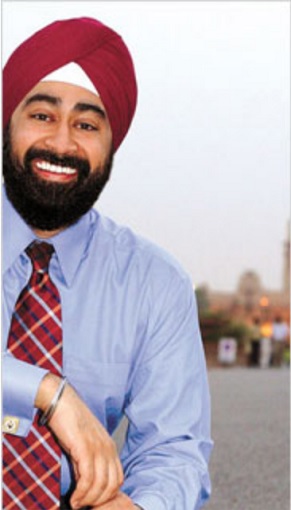 Washington, Sep 2 (IANS) An Indian origin political consultant in the US has been sentenced to 15 months in prison for his role in funnelling illegal campaign contributions to candidates in San Diego’s 2012 mayoral race.

Ravneet Singh, former ElectionMall Technologies CEO, was sentenced on Thursday in California and ordered to pay a $10,000 fine on charges that he helped launder money from a wealthy Mexican citizen trying to gain political influence in San Diego, according to federal prosecutors.

Singh, 45, of Naperville, Illinois, was ordered to report to prison on October 12, the Chicago Tribune reported on Friday.

By law, foreign citizens are not allowed to contribute to US political campaigns.

“American elections are not for sale,” Executive US Attorney Blair Perez said in a statement.

“We will not allow our sacred electoral process to be compromised. This prison sentence underscores an important message: Anyone who tries to manipulate the American electorate will pay a high price,” Perez said.

Matsura was seeking to buy political influence, including support for a San Diego waterfront development that would have included a yacht marina, hotel and luxury condominiums, authorities said.

Filner, eventually was elected mayor, but later resigned under a cloud of sexual harassment claims.

Neither candidate was charged in connection with the illegal contributions.

ElectionMall, Singh’s consulting company, had also done work for former US Representative Aaron Schock, a Republican who resigned his Peoria-area seat in Congress before he was indicted last year on charges that he misused campaign funds to support a lavish lifestyle.

According to records, Schock paid Singh’s company about $60,000 over a five-year period, and ElectionMall contributed $5,000 to Schock’s campaign in 2014.

Before he was sentenced, Singh told the judge, “I’m a very different person than I was five years ago. … I’ve always wanted to serve my country, now I can’t even vote.”

He said the case has taught him to be “more careful” in his business, to “slow things down and think things through” and to take advice from mentors.