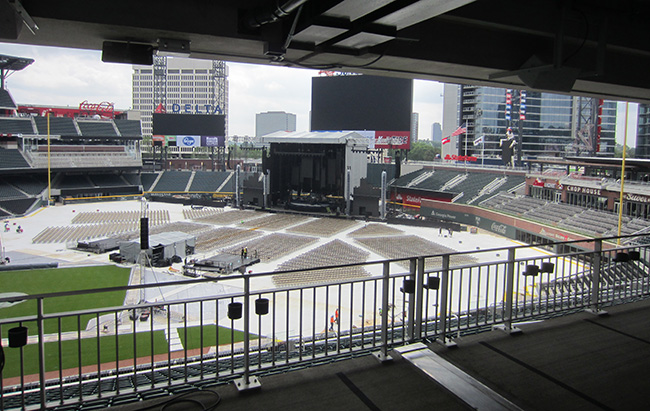 Atlanta, GA, May 31, 2017: Albeit transplanted originally from Boston to Milwaukee to finally settle in Atlanta in 1966; Braves are now a confirmed part of Atlanta’s fabric and will stay for the long run. With the new, extremely modern, well capacitated Sun Trust stadium built to celebrate them, a visit to this ballpark is a must for all local sports lovers.

Located in the heart of metro Atlanta in Cobb County with interstate 75 as well as 575, 295 & 400 crossing over, and despite initial hesitation and at the expense of irate Cobb county citizens, it looks like it may be a win, after all. The Battery modeled on the lines of the very successful Atlantic Station, is a significant welcome for families to shop, eat and play ball. With waterfalls like the Centennial Park, Loft residences and eating options, one could spend an entire day in leisure before getting to the game.

Escorted by the Braves Management Team’s Celeste Mercer on a personal tour of the Sun Trust Braves Stadium on Friday April 28, the visit was simply stupendous, especially because the arena was swamped with over a couple hundred staffers hustling to set up the mammoth arrangements for the first live rock concert by idol, Billy Joel. 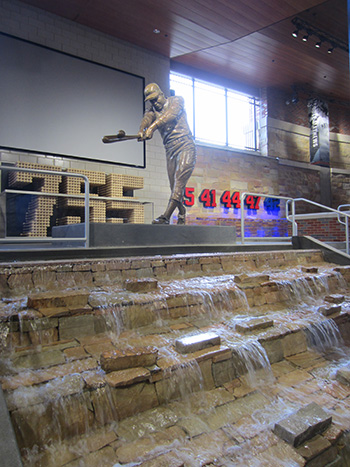 Every nuance and nostalgia that a ball game lover would desire has been considered and placed to test along with the latest in technology and conceptualization of maintaining the traditional with modern ideas. For instance: the gigantic turbine like fans that hover over the roofs to push the air to circulate better below with the people flow. Or the coke holders on seats having circulating refrigeration that keeps the coke cold even as you enjoy the game. The back walls are not painted but have pliable murals of the players as an art to gawk on. Hank Aaron’s 755runs have been memorialized not only by a life size statue with a swinging bat but commemorating the number 755 by using baseball bats in an art form to state the same as Bobby Cox’s life size statue greets you at the entrance.

Even for a non-game event, the enormous constructed stage can be viewed from all around by the significantly large open-air seating capacity in front of it, which makes signature event hosting so much more comfortable. 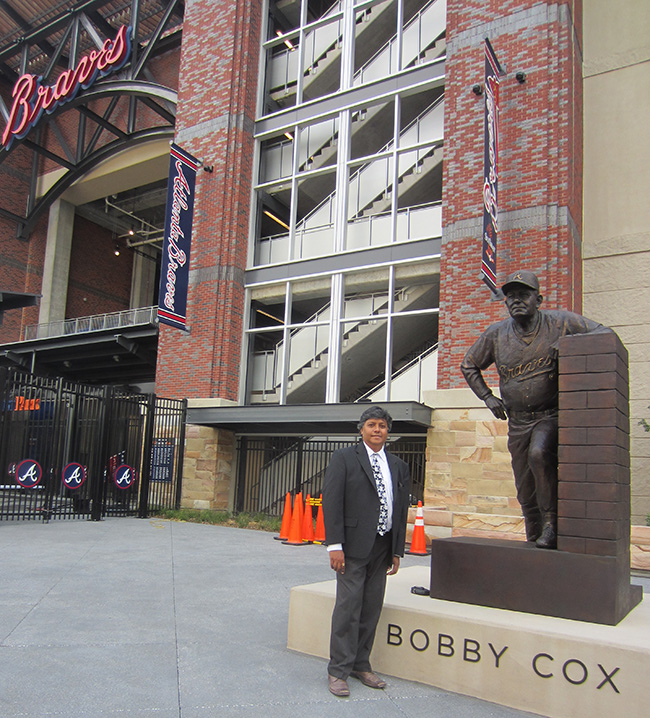 Besides Atlanta’s iconic sponsors SunTrust and Chick-Fil-A, there is a whole host of brand names involved, which bring a unique flair to the ball park, big and small. All in all, even if you are just beginning to understand the logistics of the game, a visit to the ball park with family, should be a must. With the inviting weather, you can bet on enjoying a whole day at the park, culminating it with a good ball game!