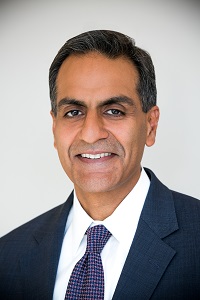 Atlanta, GA:  President Barack Obama is expected to nominate Richard Verma to be the new US ambassador to India, reports Reuters, citing a congressional source.

If his nomination is confirmed by Congress, he will replace Nancy Powell who had resigned after the Devyani Khobragade episode, an incident that had strained US-India relations.

Verma served in the Obama Administration as the Assistant Secretary of State for Legislative Affairs. In that capacity, he was Secretary of State Clinton’s principal advisor on congressional affairs and successfully led the department through a number of key budget and policy-related battles. He played a lead role in securing the Senate’s ratification of the New START Treaty with Russia, guided nearly 200 Presidential nominees through the Senate confirmation process, and oversaw and managed the Administration’s response to several major congressional investigations. He was also the lead U.S. Administration negotiator handling the development and passage of the most recent set of comprehensive sanctions againstIran.

Verma has served as an officer in the U.S. Air Force Judge Advocate General Corps. His military decorations include the Meritorious Service Medal and Air Force Commendation Medal. He also worked in the U.S. House of Representatives for the late Congressman John P. Murtha and served as a Country Director for the National Democratic Institute for International Affairs inEastern Europe.

Verma is also a Senior Counselor at the law firm of Steptoe & Johnson. He is a member of the Council on Foreign Relations, serves on the boards of the National Democratic Institute and Human Rights First, and is a Senior National Security Fellow at the Center for American Progress. He has served on the National Academy of Sciences Panel on Critical Infrastructure Protection and the Law, and was appointed to the Commission on the Prevention of Weapons of Mass Destruction Proliferation and Terrorism.

Secrets to being truly happy, a conversation with Sri Sri Ravi Shankar