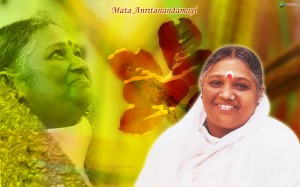 Thiruvananthapuram, July 13 (IANS) Spiritual leader Mata Amritanandamayi, who is visiting the US, met more than a dozen members of the US Congress in the capitol building in Washington early this week, her ashram said Saturday.

Amma, popularly known as the “hugging saint”, met the lawmakers at the invitation of Congresswomen Lucille Roybal-Allard (California) and Betty McCollum (Minnesota) and blessed them, said a Mutt release here.

The 59-year-old Amma was assisted by Swami Amritaswarupananda.

Among the Congress members to meet Amma were House Minority Whip Steny Hoyer (Maryland) and civil rights legend John Lewis (Georgia), who is 2011 recipient of the Presidential Medal of Freedom.

Swami Amritaswarupananda, who is vice-chairman of the board of trustees of her ashram, about 70 km from here, said many among the lawmakers were “visibly moved by the experience and by Amma’s humanitarian activities”.

Also present on the occasion were more than 50 Congressional staffers, who also had Amma’s darshan and discussions with Amma.

Amma, who began her two-month tour of the US May 24 across 10 cities, is accompanied by 275 volunteers.

This is Amma’s 27th visit to Washington DC area.

At all places, followers typically waited in long queues to get her darshan and famed embraces.

A blogger, Tessa Stuart, described the experience as “a blessing with the power to heal, comfort, and bring good fortune”.

Estimates say Amma has by far embraced 32 million people around the world.