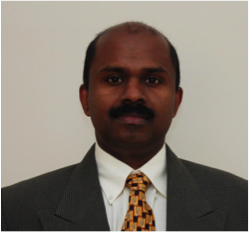 According to Augustine, the document was addressed directly toHartsfield-JacksonAtlantaInternationalAirport’s General Manager, Miguel Southwell.

“With Atlanta currently being the only big metropolitan city, with a population of over 5 million (metro area), and with a sizable Indian-American, Asian and Middle Eastern population that has neither a direct flight nor a flight via the Middle East to India, we hope to receive a favorable response from Mr. Southwell,” said Augustine,

“A favorable response would see more people traveling to India from ATL and the neighboring states,” he added.

As the situation stands now, travelers are being forced to take costly and time consuming transits through Chicago,Dallas,Houston,New York,Washington,Miami or Philadelphia during their trips to India,” said the association’s spokesperson.

On their own initiative, the Association had contacted some of these carriers and requested them to consider Atlanta in their expansion-plan. According to Augustine, “the hub-airline inAtlantaAirportis hostile towards other air carriers. Even though partnering with one or more of these carriers would lure more international passengers from all our neighboring states, these new carriers are unfortunately not being welcomed toAtlanta.”

Even though the new international terminal is under-utilized, the association membership believes that if their request if not fulfilled; they will continue to be cut off from major business routes.

“We believe that new direct route from Atlanta to the Middle East or India, will not only make business trips and vacations in India and the Middle East more convenient, but also be more efficient and profitable,” said Augustine. He said the bringing in of new international airlines will also be a great financial benefit (additional revenue via landing fees, etc.) to the Hartsfield Jackson airport.

“It can also exponentially boost our economy by bringing more jobs and more businesses,” Augustine said.

For years, the Atlanta airport, one of the top five airports in the nation, has confined itself to scheduling only a limited amount of international flights operated by Delta and its partners, and according to the spokesperson, “no other city in the south is more connected to the southern states of Georgia,Florida,South Carolina, Alabama and Tennessee than Atlanta. Lack of additional international carriers like Etihad, Emirates, Qatar, Air India, Jet Airways and Kuwait airways from ATL, which is a huge lost opportunity for Atlanta and its economy.”

In their memorandum, which was also copied to The Hon. Mayor of Atlanta, The Hon. Governor of Georgia and the Chair Metro Atlanta Chamber of Commerce, the Greater Atlanta Malayalee Association membership is hoping their request will be favorably responded to.

“We are hoping that in the not too distant future the authorities will see it financially rewarding to bring one or more additional carriers into Atlanta Hartsfield Jackson International Airport.

For further information, contact Jerish Augustine at (404) 425-9974 or by email at president@gamaonline.org.