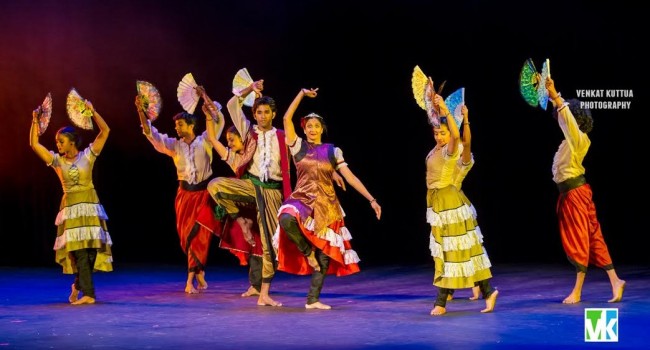 Atlanta, GA: Dance and theatre lovers in Atlanta had the singular fortune to witness ‘Don Quixote’, the masterly creation of Sheejith Krishna, the distinguished alumnus of Kalakshetra, on October 11th, at the Robert Ferst center for performing arts in Georgia Tech.  Sheejith and his fellow dancers from the Sahrdaya foundation were inAtlanta on the last leg of a tour organized by the Kalapeetham Foundation ofLos Angeles.  The event inAtlanta was hosted by Savitha Vishwanathan’s Nritya Sankalpa Dance academy, in aid of MV Foundation. 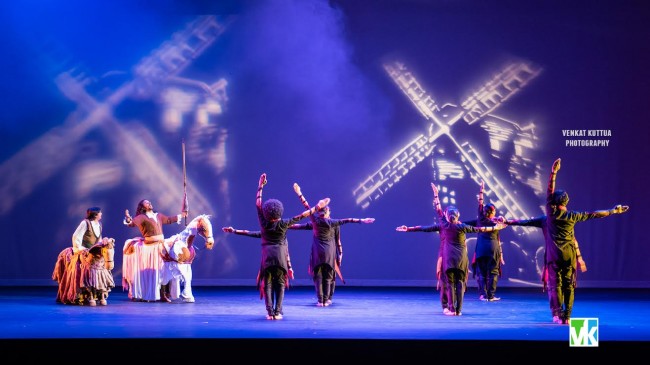 Don Quixote, the immortal dreamer fromLa Mancha sets out to redeem the world from evil and bring back the age of chivalry in this unforgettable novel from Cervantes.  Sheejith follows this unlikely champion through his various sallies, from the first bout of insanity of Alonso Quixano to his last breath on his deathbed.  He dons the armor of Don Quixote (forgive the pun!) and is admirably supported in this role by Madhusudanan’s Sancho Panza, the hapless squire of Don Quixote.

The performance opens with a scene that shows the middle aged Alonso Quixano being smitten by his love for the novels of the chivalrous age.  An amusing interlude follows, where Sancho Panza is introduced.  This is where one can see the kind of bold experimentation that is expected of Sheejith.  While the steps in this sequence were rooted in the matrix of Bharatanatyam adavus there was such an overlying suggestion of Flamenco that one could almost hear the castanets!  This illusion was, perhaps, engineered by the incredible music of Jyotishmathi Sheejith.  In fact, Don Quixote is as much a testament to boundary-breaking innovation in traditional dance music, as in the form and content of bharatnanatyam itself.  Jyotishmathi’s music with its blend of classicism and avant-garde motifs provided words and dialogue to the visual tapestry prepared by Sheetjith. 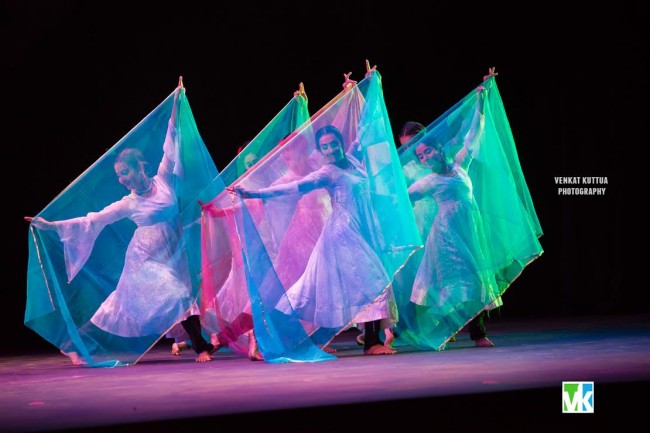 The story moves on with Don Quixote’s first sally, where he fights with the muleteers at an inn, frees a young indentured boy who is being whipped, and does battle with traders who insult his shadowy lady love Dulcinea.  Severely beaten, he is brought back to La Mancha, where his faithful housekeeper and his niece burns all his books in a poignant attempt to remove their evil from Don Quixote’s life and cure his insanity.  All this is to no avail though, as the redoubtable Don sets out again on a second sally of adventures.  This is when his historic joust with the windmills happens, a scene that was captured by Sheejith with ingenious choreography for depicting the windmills.  Don Quixote and Sancho then meet Cardenio, and are moved by the story of that unhappy youth.  The scenes where Cardenio recounts his love for Lucinda and the treachery of his friend Don Fernando were crafted with admirable sense of theater, as was the scene at Duke of Trifaldi’s castle where the good Duke and Duchess have some fun at Don Quixote’s expense.  A particularly telling example of Sheejith’s willingness to up-end the apple cart of convention was evident in the scene where Sancho Panza takes possession of the insula to which he was awarded the governorship.  In the place of the conventional fan-fare (featuring trumpets and other brass instruments) Sheejith has used Panchavadyam, the stirring percussive symphony from the temples of Kerala, to present Governor Sanco Panza.  In fact,  both Sheejith and Jyotishmathi felt the need for melodic fidelity to be so great in this scene that instead of using canned audio tracks they arranged a live panchavadyam set at their studios!  Don Quixote’s second sally ends when he encounters the “Knight of the White Moon” and suffers defeat at his hands.  As dictated by the rules of chivalry, he acquiesces to the Knight’s demand that he should return to his homeland and stay there for a year before going out on acts of chivalry.  But alas, this was to be Don Quixote’s last adventure.  In an extremely poignant scene, we see him on his deathbed cured of his insanity but dying of a terrible illness.  He renounces his earlier ambitions, seeks Sancho’s pardon for all the troubles he had been put through, and breathes his last, a repentant dreamer.

When asked why he selected Don Quixote as his point of departure for this experimental exposition, Sheejith had just one answer.  “It is a very human story…Don Quixote was a dreamer. Just as we all are dreamers.  Just as all human beings are dreamers”.  That, of course, is reason enough to choose this shining romance as a fount of content for any experimental forays.  Don Quixote is an incredible blend of the artistic and literary traditions of two great cultures.  Let us hope that this is just a taste of more innovative fusions to come from Sheejith’s fertile imagination!

Indian Fusion Wear for the Holidays