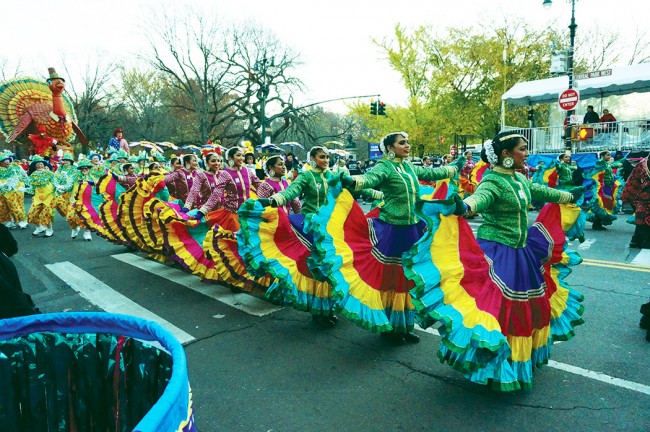 Atlanta, GA: Atlanta’s Kruti DanceA cademy performed at the 2015 Macy’s Thanksgiving Day parade in New York and shared a glimpse of Indian culture with over 50 million viewers nationwide. The academy also had the honor of representing the state ofGeorgia at the parade alongside iconic parade staples, including giant character balloons, floats, marching bands, celebrities and clowns.

This was the first parade appearance by the group which has earlier been featured on competition shows like “America’s Got Talent” and India’s “Chak Dhoom Dhoom.”.

In an interview with NPR, artistic director Shemoni Parekh, who choreographed and designed costumes for the parade, said she was completely thrown off guard when she received a call from a Macy’s representative because Kruti actually didn’t apply to the parade. Each year, out of thousands of applicants, only a few groups are selected to be in the parade. Getting a call to participate without applying is unheard of. 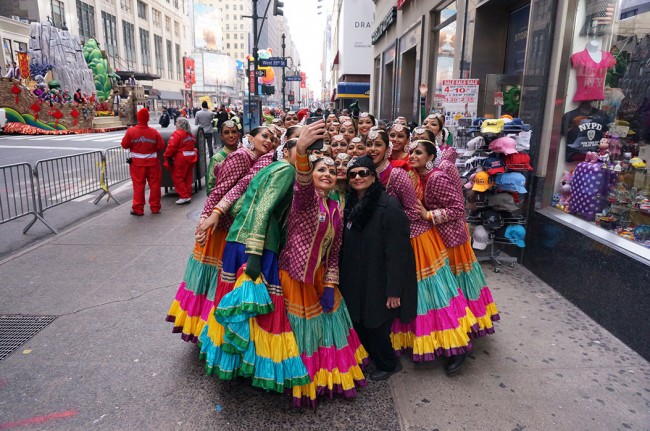 “It’s nice to recognize that we can be from the great state of Georgia but not necessarily do something very stereotypical,” Parekh told NPR. “You see a lot of different cultures that are starting to flourish, and it’s not just the immediate descendants of those cultures which appreciate them, it is the entire community.”

Each year, the Macy’s Parade creative team looks for performance groups across the country that have the talent and abilities to captivate more than 3.5 million live spectators and more than 50 million viewers.  From the wacky to the outrageous, these groups offer unique performances that add a dose of local color to the national event. 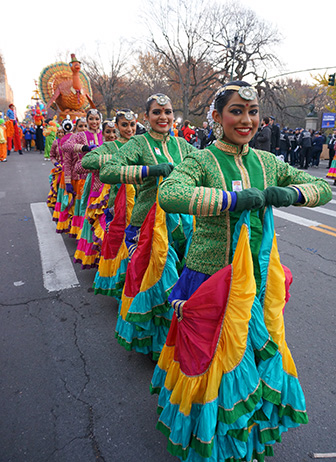 More than 5,000 Macy’s employees and dedicated volunteers worked tirelessly to create a spectacular event that entertains the cheerful crowds and provides joy to millions at home watching on Thanksgiving Day every year. Marching down a more than two-mile long route in New York City, the spectacle was alive with gleaming color, music and smiles. 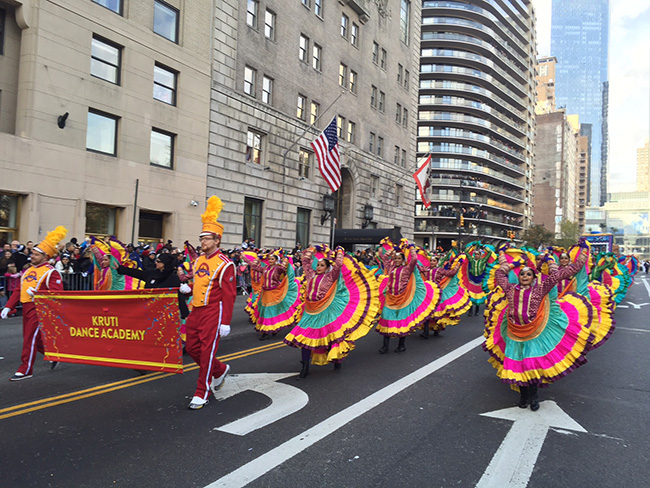