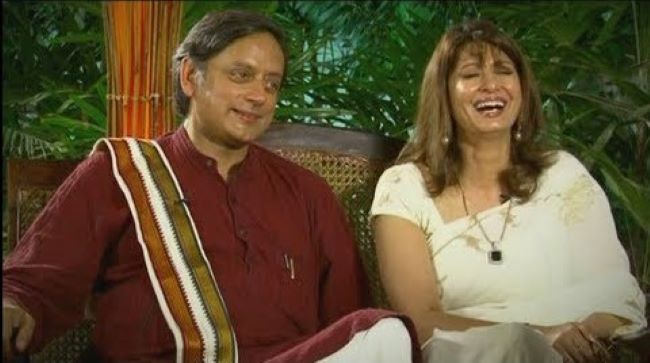 New Delhi, Aug 19 (IANS) A Delhi court, while discharging Congress MP Shashi Tharoor in the case related to death of his wife Sunanda Pushkar, said there is nothing on record to show he had “provoked, incited or induced the deceased to commit suicide”, and that she might have felt distressed or mentally disturbed with his alleged extra-marital relation, “but mental disturbances does not constitute the offence of abetment”.

In the 176-page order, special judge Geetanjali Goel said: “There is nothing to demonstrate any overt act on the part of the accused (Tharoor) and only on the ground that he continued the alleged affair with MT (a Pakistani journalist) (even if it is assumed) and exchanged messages with her, it cannot be presumed that he had abetted the commission of suicide by the deceased.”

Emphasising criminal trials require evidence, the court said there is no doubt a precious life was lost, but in the absence of specific allegations and sufficient material, it cannot presume Tharoor had committed the offence, and he cannot be compelled to face the rigmarole of a criminal trial.

The court added the prosecution has not been able to point out even one instance where the accused had done something purposefully which facilitated the commission of the offence.

“There is no material whatsoever against the accused, much less any positive act to instigate or aid the deceased in committing the suicide, even if it is assumed that the death was a suicide. As such, it is not shown, even prima facie, that the offence under Section 306 IPC is made out against the accused,” said the court.

The court observed that Pushkar might have felt distressed or mentally disturbed with the alleged extra-marital relation of the accused, but mental disturbance does not constitute the offence of abetment.

The court further added even it cannot be said that a person subjecting a woman to cruelty is guilty of abetment unless something is brought on record. “Even for instigation, the intention to provoke, incite, urge or encourage doing of an act is an essential factor but the record does not bear out any such intention on the part of the accused,” it said.

The prosecution had argued that Tharoor had continued the affair with MT despite his assurance not to continue the same and this showed wilful misrepresentation and instigation by misrepresentation.

Junking this contention, the court said: “There is nothing on record to show that the accused did some act in order to irritate or annoy the deceased until she reacted or strongly persuaded or advised the deceased to do some act with the intention to provoke, incite, urge or encourage the latter to commit suicide.”

The court on Wednesday had pronounced the order discharging Tharoor. Pushkar was found dead on the evening of January 17, 2014. Initially, Delhi Police investigated it as a murder, with an FIR registered under Section 302 (murder) of the Indian Penal Code (IPC), but then it charged Tharoor under Sections 306 (abetment of suicide) and 498A (cruelty by husband).

'We Are Sikhs' campaign wins top US award