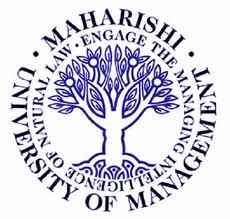 Chicago, Jan 29 (IANS) A US non-profit organization has denied a media report which claimed that of the 1,050 young Indians brought to the Maharishi Vedic City in Iowa, 163 have gone missing in the last year.

Chicago-based weekly newspaper Hi India, in its recent edition, said that of the 1,050 young Indians brought to the Maharishi Vedic City and the Maharishi University of Management in Fairfield, Iowa, 163 – some of them just 19 years old – went missing in the last one year, a press release said.

The GCWP said that since its inception in 2006, approximately 2,500 pandits have come under its sponsorship and only five percent of them have left the US without notifying the authorities.

“Immigration and Customs Enforcement (ICE) has been given information concerning Vedic pandits leaving their Iowa campus,” it said.

“The Hi India report was replete with falsehood and ignored several pages of information provided them. It should not be relied upon in any form. It is defamatory and very injurious to the reputation of GCWP and the Indian organisations,” the GCWP said in a press release.

The newspaper said that the children enrolled in the programme at the tender age of five were rarely provided education beyond fifth standard.

The Vedic pandits were brought to the US from India and were kept in makeshift trailer homes to be guarded by round-the-clock guards, the report said.

It said a contract is drafted in English but the copy is neither given to the pandits nor is it translated or explained to the fifth-grader migrants who do not even understand English.

“No pandit has ever come on the program under 18 years of age. Their average age is approximately 25, with the ages of those leaving ranging from 20-42,” the GCWP said.

“It has been agreed with the pandits that of the $200 per month base cash compensation, $150 will be transmitted to their families in India. It has been paid.”

It said the pandits are provided with modern, fully heated and air-conditioned comfortable modular homes, with an indoor and outdoor athletic facility and a large organic vegetarian kitchen and cafeteria, along with meditation halls, classrooms and Vedic performance halls.