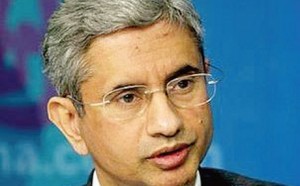 Washington, Jan 30 (IANS) Saying “this should never have happened”, Indian ambassador S. Jaishankar said talks are on to repair the damage done by the Khobragade affair to India-US ties which both sides consider “indispensable”.

“For those of us who have devoted time and energy to building Indo-US ties, the last few weeks have been truly distressing,” he told a Washington audience Wednesday, alluding to the worst diplomatic spat between the two countries over the Dec 12 arrest of an Indian diplomat.

“What I have encountered since my arrival is the sense that this situation should never have happened,” said Jaishankar in his first public comments on US-India relations at the Carnegie Endowment, a leading US think tank.

“But since it did, we will now have to work through this problem. That is part of the conversations underway,” he said.

“But what the issue does highlight is the need for greater sensitivity, for better understanding and for stronger oversight of our ties.”

Asserting that “the grand strategy underwriting our ties is fundamentally sound,” the envoy said: “It needs maintenance and from time to time, an upgrade. That puts the emphasis on detailing and problem solving.

“Building ties requires a degree of give and take that can test officialdoms,” he said. “Appreciating each other’s interests can be more difficult than we generally assume.”

Jaishankar suggested that the “US has to overcome its inclination to view ties through the lens of alliance practices” while “Indians perhaps have to indulge themselves less in compulsive ambiguity”.

“Ironically, American complaints on that score usually come when it too is considering hedging,” he said, reminding his audience that “contrary to what many seem to believe here, domestic politics is not just the prerogative of the US”.

However, despite the differences, Jaishankar, echoing President Barack Obama, described the US as “the indispensable partner” to realise India’s key priorities.

“To realize India’s four key priorities – energising the economy, raising our technology and management capabilities, securing the homeland, and ensuring a favourable balance of power – the US is the indispensable partner.”

Secondly, “these big Indian goals are not at odds with the interests of the US. In fact, these could even be complementary”.

Noting that “economy is now so central to our ties,” Jaishankar said: “I would also like to make it very clear that India’s interests warrant supporting an early American recovery.”

“A fair dialogue should also take into account Indian priorities and concerns.

“A worrying sign is the tendency by some to demonise the business climate in India. This tactic could well end up being counter-productive.”

Asserting that “reviving growth through increasing investment is our foremost priority,” the envoy said: “India is concerned about its reputation, and we mean to act to show that we are open to international business.”

While two sides “could continue a public argument on trade and investment issues,” Jaishankar said: “On some issues, we need to find an acceptable compromise because the fact is that we are coming at it from different places.”