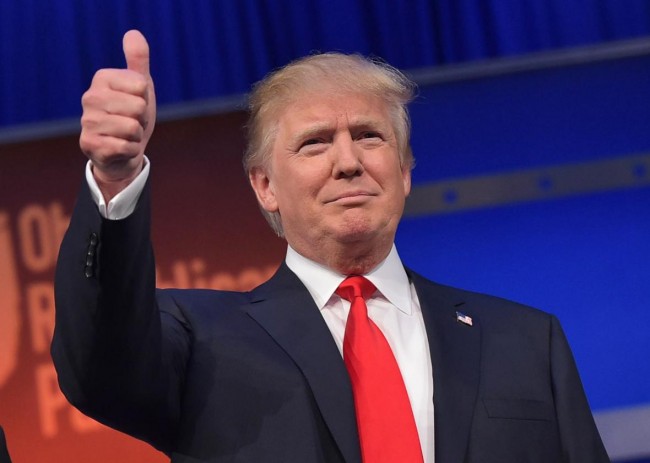 New York, Nov 10 (IANS) Donald Trumps triumph is a bundle of contradictions wrapped in irony that has turned many popular beliefs on their head.

For one, Trump repeatedly claimed the elections were rigged, yet he won.

Hillary Clinton has received 218,134 more votes than Trump, but he is the winner because he has won 279 electoral college seats to Clinton’s 228. This is because US presidential elections are not direct elections, but the choosing of electors from each state.

He’s a multi-billionaire, yet he has emerged as the voice of the working class and the working poor.

Only 38 percent of voters surveyed had a favorable opinion of Trump and 51 percent said only Hillary Clinton had the qualities of leadership and personality needed to become President. But they elected Trump.

Progressives have railed against the money power they say the Republicans have deployed to control the political process. In reality, the Democrats outspent the Republicans in this election. According to the Washington Post, Hillary Clinton raised $1.3 billion against Trump’s $795 million as of mid-October.

The irony is that financial advantage didn’t help her.

The Democratic Party has always claimed to be the party of the people, the poor ranged against the rich. But it was backed by titans of business and technology and likes of super-rich George Soros.

People like Sheldon Adelson, who promised $100 million didn’t come through with it and dropped just $10 million in Trump’s coffers. In fact, even Trump didn’t put up the $100 million of his own money that he said he would and settled for $66 million.

Democrat Clinton had a cosy relationship with Wall Street, for example collecting $1.8 million for speeches she gave at Goldman Sachs, according to CNN. Trump disdains Wall Street — and the feeling is mutual.

Christian fundamentalists have backed Trump, whose personal life is littered with marital transgressions and sexual sins unlike Clinton’s.

Trump has sought out Hindus and his son Eric and daughter-in-law Lara have visited Hindu temples, which is anathema to the Christian fundamentalists.

Trump’s statements about deporting illegal immigrants and on immigrant crime have been turned by the media into xenophobia and blanket anti-immigrant sentiments. He is married to an immigrant and employs several immigrants at his facilities.

Trump has emerged as the symbol of change and a new direction for the nation. But he is 70 years old and was elected President.

Democrats have the reputation for being doves and Republicans for hawks. But in this election, Clinton was hawk and has left a trail of advocating aggressive foreign interventions in Iraq, Libya, Syria and the Ukraine. Trump is advocating a pullback and staying off foreign entanglements.

In the attitude to Russia and Iran, there is, however, a reversal. Clinton was raring for a confrontation with Russia while supporting the Obama administration’s deals with Iran. Trump is conciliatory towards Russia, but wants to scrap the agreement with Iran.