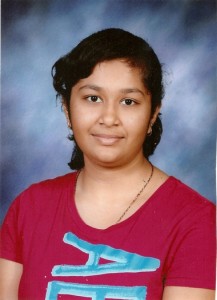 The award, which recognises Americans of all ages for voluntary service, was granted by the Prudential Spirit of Community Awards programme on behalf of President Barack Obama, according to NJ.com.

The award for 15-year-old Patel of Summit, a small city in New Jersey, was announced by the local Young Men’s Christian Association, which had nominated her for national honours, it said.

As a volunteer for the past year at the Summit YMCA, Akanksha contributed her time and talent to help care for children at birthday parties hosted at the YMCA as well as other volunteer activities.

Through these efforts, she has gained the satisfaction of giving back to her community.

“Akanksha loves volunteering. It has taught her valuable skills such as patience, responsibility, teamwork, time management and empathy for others,” Terri Clinton, executive director of the Summit YMCA, was quoted as saying.

“Her volunteer activities have helped her to grow by enhancing her social skills and by building relationships with individuals of all ages.

“She is a very responsible and courteous young lady with a caring nature and, most importantly, she treats everyone with a lot of respect.”

John Strangfeld, chairman and CEO of Prudential Financial, said: “The recipients of these awards demonstrate that young people across America are making remarkable contributions to the health and vitality of their communities.”

The YMCA is a worldwide, non-profit network of clubs and institutions that operates under the belief that “everyone, regardless of income, age or background, deserves the opportunity to learn, grow and thrive”.