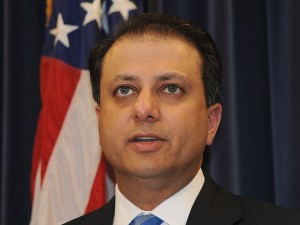 New Delhi, March 19 (IANS) The office of Manhattan US Attorney Preet Bharara and the US State Department should not pursue the Devyani Khobragade case any further since it would give the impression of a personal vendetta, according to a panel representing Indian Americans.

The US India Political Action Committee (USINPAC), a bipartisan organisation that is the political voice of 2.7 million Indian Americans, said in a statement Wednesday that it intends to ask members of the US Congress to hold a hearing on the matter as soon as possible.

“Relationships between the oldest and largest democracy are built on a people to people relationship and not just strategic interests. The US is slowly losing the hearts and minds of the people of India through a series of avoidable incidents over the past year, including the clumsy manner of dealing with Narendra Modi, the Devyani episode, and most recently also the WikiLeaks and Snowden revelations,” said Sanjay Puri of USINPAC.

“Any next steps are crucial to ensuring that US relations are not damaged any further by this incident, especially in advance of Indian elections next month,” he said.

He said the USINPAC believes the attorney’s office and the State Department “should not pursue this case any further since it gives the appearance of a personal vendetta”.

“We intend to ask members of Congress to hold a hearing as soon as possible,” Puri said.

Khobragade, then India’s deputy consul general in New York, was arrested and strip-searched over allegations of visa fraud and underpaying her nanny, triggering a bitter diplomatic stand-off between India and the US.

The USINPAC has enhanced the community’s presence and its issues on Capitol Hill and given Indian-Americans a stronger voice in the legislative process in a bipartisan manner.

The panel has “persistently worked to influence policy decisions and act as a watchdog for the Indian American community and strong US-India relations”, it said.