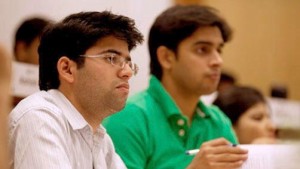 Washington, March 19 (IANS) About one in four business school graduates in India find jobs in America, second only to China, which sends 38 percent of its alumni to the US, according to a new survey.

While 64 percent of Indian business graduates stay in their home country, 23 percent go the US and two percent to Canada.

In the case of China, 48 percent stay home, while eight percent prefer Hong Kong as their second job destination after the US.

After India, Mexico (18 percent) sent the most business graduates to the US followed by Japan (16 percent), Germany (15 percent), Canada (15 percent), and Australia (4 percent).

As for the US, 97 percent of its business school graduates find jobs at home with only 3 percent going abroad.

In terms of salary, business school graduates in India get the lowest starting annual salary of $11,223 while those in Canada get the highest at $75,000.

— Globally, 13 percent of alumni work outside their country of citizenship, a figure that varies widely by world region, from just three percent of US citizens to 37 percent of Central Asian and Middle East/African citizens.

— As a group, graduate business school alumni most attribute their career success to their personal effort (95 percent), followed by their graduate management degree (80 percent), and years of work experience (74 percent).

— Among self-employed alumni, more than 3 in 10 work in both products and services and consulting.

— Across all class years surveyed, 11 percent of business school alumni are self-employed, ranging from five percent from the most recent classes of 2010-2013 to 23 percent of those who graduated before 1990.

— Fourteen percent of recent alumni entrepreneurs (from the classes of 2010-2013) work in the technology sector, compared with just two percent of those who graduated before 1990.

— Soft skills account for 3 of the top 5 skills that business school alumni use every day on the job.

— More than three-quarters (77 percent) of business school alumni give financially to their alma mater, influenced by their belief that their institution provided them with a valuable education.