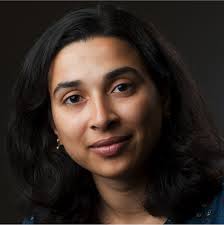 Instituted in 1955 by the Alfred P. Sloan Foundation, these honor scholars whose achievements and potential identify them as rising stars, the next generation of scientific leaders.

“The beginning of a one’s career is a crucial time in the life of a scientist. Building a lab, attracting funding in an increasingly competitive environment, and securing tenure all depend on doing innovative, original high-quality work and having that work recognized,” said the Foundation President Dr. Paul L. Joskow.

“For more than 50 years the Sloan Foundation has been proud to celebrate the achievements of extraordinary young scientists who are pushing the boundaries of scientific knowledge.”

Past Sloan Research Fellows have gone on to notable careers. As many as 43 fellows have received a Nobel Prize in their respective field, 16 have won the Fields Medal in mathematics, 65 have received the National Medal of Science, and 14 have won the John Bates Clark Medal in economics, including every winner since 2007.

Hailing from 57 colleges and universities in the US and Canada, the 2015 Sloan Research Fellows represent a diverse variety of research interests.