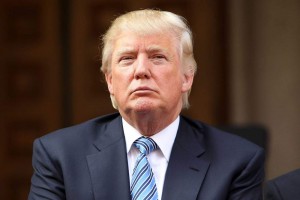 Washington, Jan 25 (IANS) A turbaned Sikh man was ousted out of Donald Trump’s campaign rally in US, after he interrupted the Republican presidential frontrunner’s speech by displaying a banner that read ‘Stop Hate’, the media reported on Sunday.

The man, wearing a beard and bright red turban, tried to interrupt Trump’s speech when he was addressing a rally on Sunday in Muscatine High School, Iowa, a mid-western state of the US.

The incident began as Trump was raging against “radical Islamic terror”, about the 9/11 terror attacks, and the San Bernardino shooting, a common theme in his speeches.

The Sikh protestor stood up and revealed a banner reading “Stop Hate”.

Security officials soon escorted him out of the rally amidst chanting of “USA, USA, USA” by Trump’s supporters, reported abcnews.

“We have radical Islamic terror going on all over the place, all over the world, and we have a president that won’t say it,” Trump was quoted as saying at the rally.

As the Sikh raised his banner, Trump waved his hand and said, “Bye. Bye. Goodbye.”

“He wasn’t wearing one of those hats, was he? And he never will, and that’s OK because we got to do something folks because it’s not working,” said Trump, pointing to the crowd and referring to the protestor.

In the last few months, before Trump takes the stage an announcement is read telling Trump’s supporters to “not harm a protestor” but instead to chant “Trump, Trump, Trump,” as an alert to security that a protestor has been spotted. The crowd roared Sunday after the protestor was escorted out and shouted “USA, USA, USA”.

Trump is campaigning in Iowa ahead of the next week’s crucial caucus.

Latest polls showed that he has taken a lead over his nearest Republican rival Ted Cruz. Iowa Caucus on February 1 is considered crucial as it would set the trend for the rest of the presidential primaries over the next few months.