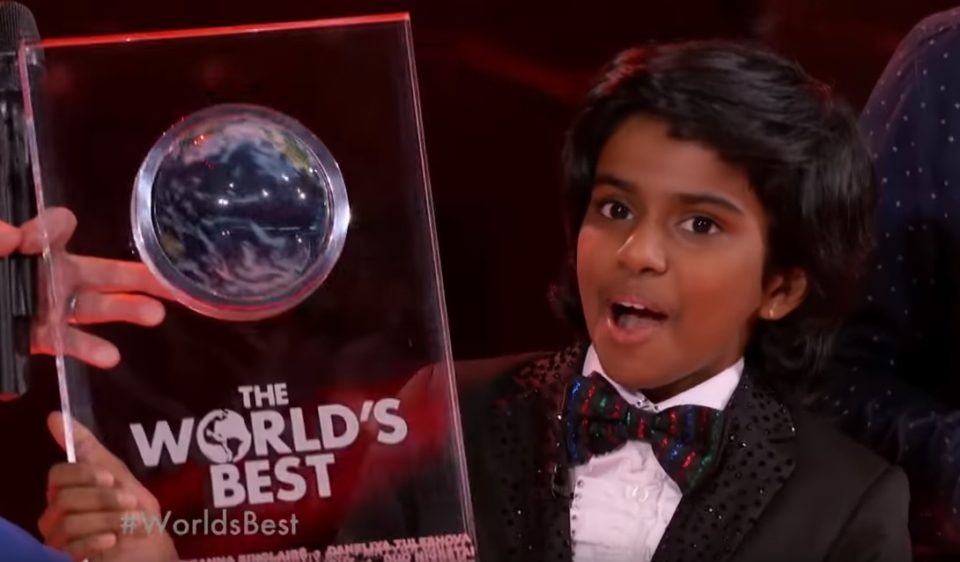 In the final round, Lydian played two pianos at a time at an impeccable speed, blindfolded.

“I have been playing the piano for four years. I got inspiration from my sister, who plays the piano and my father, who plays keyboards. I’m happy that I won this prize,” said Lydian.

“The World’s Best” is a global talent contest hosted by James Corden that premiered on Super Bowl Sunday.

Faith Hill, RuPaul Charles, and Drew Barrymore served as the show’s front-line judges. They were aided and abetted by 50 representatives from 38 geographic regions with various skills who helped to make the final call.

Lydian is a student of the Rahman’s Chennai-based KM Music Conservatory.

He is the son of Tamil music director Varshan Sathish.