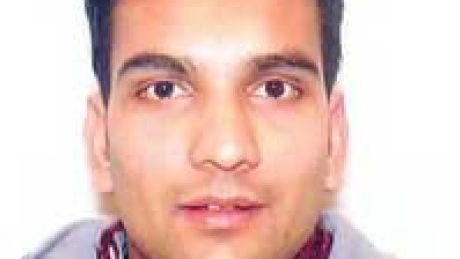 Toronto, July 9 (IANS) An Indian, on the run for over seven years after his wife was found murdered at the couple’s home in Canada, has been arrested in San Francisco, a media report said on Thursday.

Harinder Singh Cheema from Montreal, the largest city in Canada’s Quebec province, was arrested by American authorities on Wednesday, the Montreal Gazette reported. Cheema was one of Quebec’s 10 most wanted people and had an Interpol worldwide red notice issued against him.

The body of Cheema’s wife, Gurpreet Kaur, 29, was found wrapped in bedsheets on a balcony of the couple’s home on Deguire Street in St-Laurent area of Montreal on Christmas Eve in 2007.

A police investigation found that Cheema was seen leaving the apartment on the morning of December 24. He dropped off his children — only three weeks and 18 months old — at the home of his wife’s best friend.

Police said Cheema fled to Toronto, where he stayed with his girlfriend before flying to Vancouver with a ticket she bought for him. His whereabouts were unknown from there and a nationwide warrant was issued for his arrest in 2008.

Police said they learned that Cheema could be in the San Francisco area and had been working with the authorities concerned to have him arrested. Cheema will soon be extradited to Quebec, according to police.

While Cheema is an Indian national while his wife had permanent Canadian citizenship.