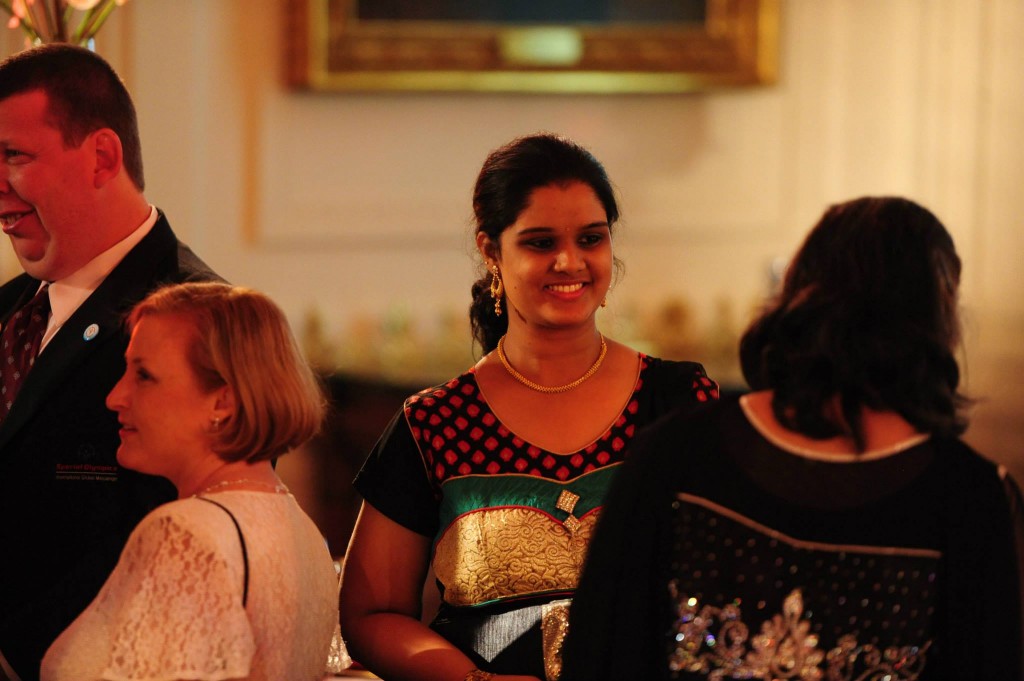 Mumbai, Aug 3 (IANS) For differently-abled Mumbaikar Neha P. Naik, her “dinner date” with the Obamas in the White House was like “a dream come true” and she will always cherish memories of the humbleness and courtesy of the US president and the grace of the first lady.

Ever since she returned home from Washington early Sunday, the joyful Neha and her parents, Prakash and Asha, simply can’t stop talking about the mega-experience of her life.

The Obamas hosted ‘A celebration of Special Olympics and a Unified Generation’ at the White House July 31, the glittering event which attracted special athletes, top representatives of Special Olympics, celebrities and business barons from the US, and, of course, Goregaon girl Neha.

“President Barack Obama was so nice, humble and courteous, he gave me a warm handshake, asked my name and wanted to know which part of the world I came from… I told him,” Neha told IANS, totally floored by the unique experience with the world’s most powerful man.

And then, a graceful Michelle came forward, smiled, shook hands and hugged Neha even as her mentor-teacher Juanita Rodricks looked on with pride.

The welcome ceremony for 24-year-old Neha and 10 other select differently-abled children from all over the world took place on an upper floor of the White House.

The event with the Obamas, was organised by the Special Olympics of which Neha is an International Global Messenger (SOIGM), to commemorate its anniversary and as a fore-runner to next year’s Special Olympics World Games in Los Angeles.

The girl from Goregaon suburb in north-west Mumbai also participates in Special Olympics athletic events and trains young athletes in India, besides teaching reading and writing skills to others youngsters requiring special attention.

Neha said that shortly after the welcoming ceremony in which the Obamas personally welcomed each invitee, they all went to a nearby hall for a formal sit-down dinner.

“There was a placard with my name on table no.20, along with the dinner menu, the venue and the date mentioned on it,” she said happily.

Post-dinner, the invitees were ushered to another room nearby where the Obamas attended a special presentation by several Special Olympians who spoke how their lives were changed and improved by Special Olympics.

“The Unified Partners are persons with intellectual disabilities (ID) who play with persons without ID. The message is that through such unified partnership, the world can be united,” said Rodricks.

Though she lagged behind in academics at Punarvas, Neha more than made up in her speaking abilities and athletics.

She is gifted with a unique, convincing manner of speaking and addressing audiences, leaving a permanent impression on the listener, said her proud mother Asha.

This talent is what got her an opportunity to represent India as an SOIGM since the past five years around the world, topped off by the White House event.

“It has been the biggest experience of my life and will live in my memory forever… a dream come true. Now, I shall dedicate myself more to Special Olympics to ‘Play Unified, Live Unified, Game On’,” Neha asserted.