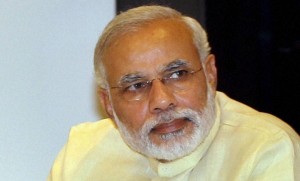 Washington, Aug 14 (IANS) Indian Prime Minister Narendra Modi will not be addressing the US Congress when he comes calling September end for a summit with President Barack Obama.

With lawmakers keen to get away from Washington ahead of the November Congressional elections, the Republican Speaker of the US House of Representatives, John Boehner has sent a “welcome but” invitation to Modi.

In a July 30 letter, Boehner told Modi that he was writing to him “for the purpose of making you aware of the interest that exists in the US House of Representatives in inviting you to address a Joint Meeting of Congress at some future date.”

“If not for the unpredictability of the House schedule in late September of this year, an invitation for you to address a Joint Meeting during your upcoming trip to the United States would have been extended,” he wrote.

“I would be very interested in exploring with you the possibility of a visit to the United States Capitol and an address to a Joint Meeting of Congress should your travels bring you back to our country in the months and years ahead,” Boehner added.

The last two Indian prime ministers, Atal Bihari Vajpayee and Manmohan Singh both addressed a joint session of the two chambers, viewed as the highest honour Congress can bestow on a foreign head of state.

An invitation to Modi, endorsed in eight separate letters circulating in the House and Senate, to address the Congress was seen as a kind of ‘atonement’ for revocation of his US visa in 2005 for his alleged role or inaction during 2002 Godhra riots.

“The scheduling conflict could be perceived as yet another slight by the US government at a time of slumping US-India relations,” wrote the Foreign Policy which first broke the story about the Boehner letter.

“This is disappointing news for many in India and the United States who hoped that a US invitation to address Congress would be a historic chance to strengthen ties,” wrote the Diplomat noting “US Congress Misses Historic Chance to Honour India’s Modi.”

However, the US India Political Action Committee (USINPAC) which had launched a two-month long campaign to urge Boehner to invite Modi gave a positive spin to the development. After a meeting with Boehner, “the USINPAC membership came away with an exceptional understanding that the journey – building a case for an enduring bilateral relationship – has been more important than the destination,” it said.

But Brad Sherman, a senior Democrat on the House Foreign Affairs Committee, and 87 other House this week again urged the House leadership to keep Congress in session from Sep 29 to Oct 2 to “afford Prime Minister Modi an opportunity to address a joint session during his visit.”

Meanwhile, the Indian American Community Foundation plans to host Modi at a special event being held on Sep 28 at Madison Square Garden in New York to provide him a platform to officially address the Indian-American community in the US.

A large number of US lawmakers are expected to attend the event which may be live streamed in a dozen cities across the US, including Washington DC, Chicago, Houston, Boston, Tampa, Los Angeles, Silicon Valley.

Sikhs in the US 'intimidated, harassed' at alarming rate